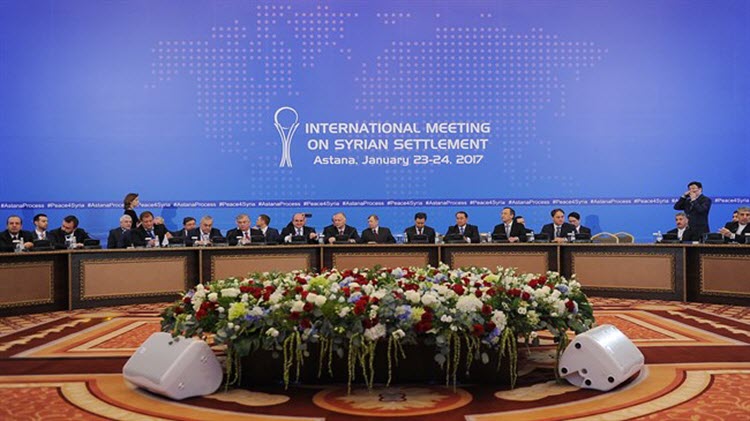 Several new rounds of talks are due to take place in Geneva and Astana as the Syrian civil war approaches the end of its sixth year.

Last month, talks were held in Astana between Turkey, Russia, Iran and Syria. The upcoming talks are expected to build on what has already been discussed. The foreign ministry of Kazakhstan said that US officials and the UN envoy Staffan de Mistura have been invited to attend. Talks will begin tomorrow.

On Monday, Sergei Lavrov – Foreign Minister of Russia, said that the summit will provide an opportunity to “monitor the commitment of different parties to refrain from using force and to promote, encourage, the political process”.

A source close to the Syrian government said that the talks would be “purely military”.

On 23rd February, a second round of talks will take place in Geneva. It will be sponsored by the United Nations and will concentrate on the main problems between each side and the fate of Syrian President Assad.

The talks in Geneva have already been postponed two times to give the opposition more time to organise its delegation.

Sam Heller from The Century Foundation said about the talks: “In theory, it is a complement to a still-live ongoing Geneva process. But in practice it looks like it’s a venue for Turkey, Russia, and to some extent Iran, to arrive at their own understandings and to try to engineer a mutually satisfactory political solution on their terms.”

The Syrian government has confirmed attendance at the Geneva talks and will probably be represented by Syria’s UN ambassador Bashar al-Jaafari.

Ten rebel representatives will be part of a 21-member delegation of the key opposition High Negotiations Committee.

The chief opposition negotiator Mohamed Alloush of the Army of Islam rebel group has been replaced by lawyer Mohammed Sabra. He will be at the negotiations in an advisory role.

The aim of the Astana talks is said to be to strengthen the ceasefire that Russia and Turkey brokered at the end of last year.

However, it is expected to be a tough task due to the uncertain presence of rebels. Furthermore, the last summit in Astana failed to produce a breakthrough.

In Geneva, all key issues between the opposing sides are yet to be resolved. The opposition wants Assad to step aside, but the Syrian government says this is not something that is even on the table for negotiating.

Turkey has expressed its flexibility on the issues, but the opposition is much more reluctant to be flexible.

The Syrian government also seems to be less open to negotiations following recent successes such as the full recapture of Aleppo at the end of last year.