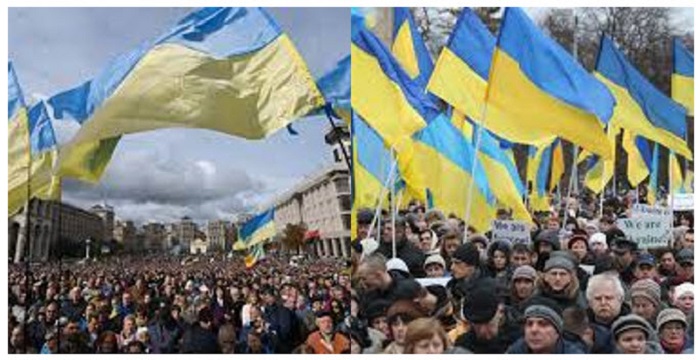 The Ukrainian people’s united resistance to Russia’s occupation war marks the beginning of a historic shift. Their defiance and bravery have inspired others all over the world, with many individuals standing up to show their support.

Even in Russia, people are protesting this unjustifiable war on a daily basis, risking detention or being beaten by security forces. The first lesson of this war, and what the Ukrainian people’s resistance has taught us, is that no war will be tolerated in the twenty-first century.

What we are seeing now is the most visible political, social, and military presence of the people on all fronts of the resistance since the Algerian revolution in the second part of the twentieth century. Why do we refer to the events in Ukraine 70 years after WWII as a “historic development”?

The motivation and solidarity of millions of people, as well as the leadership role of their President, Volodymyr Zelenskyy, are the initial reasons that this development revolutionized the globe after two days of the occupation of Ukraine.

When a nation’s political leadership comprehends the actual conflict and the interests of its people and country while steering it down the correct historical route, it combines emotions, will, and national pride to consolidate an invincible power against a force ten times its own.

Every day, the events in Ukraine send a message of rich human values to ordinary people throughout the world, demonstrating that in times of adversity and crisis, these principles, united with a righteous and watchful leader, may transform a country and nation’s fate.

The role of a strong and steadfast leader who embraces dangerous situations, refuses to withdraw, and prioritizes others over his own fate and the protection of his family is something the world has not seen since World War II, but it is what we are seeing today in Ukraine.

This is why Ukraine and its leaders have received such widespread support both domestically and internationally. The power of human ideals rekindled by resistance has encouraged people all across the world to band together and fight for freedom and justice.

After many years and numerous unjustifiable conflicts, the world has now awakened to protect human ideals and freedom, as well as challenge destructive attitudes and behaviors. Without a doubt, this will have an impact on future incidents of a similar nature.

The message of the Ukrainian people’s resistance will undoubtedly influence the minds of everyone living under a dictatorship and will serve as a model for them to use the incredible power of solidarity between themselves and their freedom-loving leaders to overthrow dictators.

As a result, the events in Ukraine have alarmed dictatorships all over the world, particularly the mullahs’ tyranny in Iran, which is now sending desperate signals as it fears far worse uprisings than the one in November 2019.

They are fully aware that the Iranian Resistance has a long history of courage and sacrifice for independence, similar to what we are seeing in Ukraine now. There is no question that Ukraine’s and its people’s fates will be altered as a result of the quality of their resistance. The Ukrainian people have come together and are refusing to give up their fight for independence.