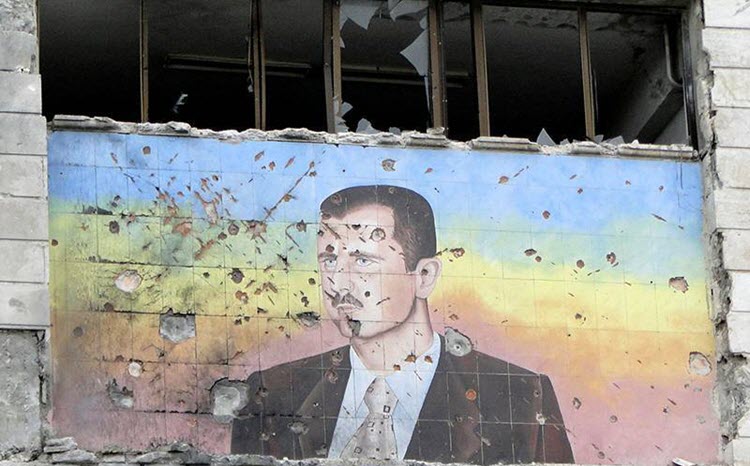 The downplaying of Iran’s role in Syria by the Obama administration, order to avoid endangering the nuclear deal, is generating criticism, a characterization the administration has rejected but that experts and journalists continue to wage.

Kirby rejected that characterization. “We said that they have an advisory role on the ground,” he said. “I haven’t downplayed anything on that.”

“It did seem you did downplay in the last few weeks and months Iran’s influence on this war, but today you’re saying Iran-based militias were responsible for breaking or preventing this ceasefire from ever taking hold,” Klapper said. “Why have you been so quiet on the role of Iran?”

The Obama administration resisted Syria-related sanctions legislation because those sanctions might lead to a confrontation with Iran as reported by the Associated Press in October.

The press grilled Kirby on the issue Wednesday.

Kirby described Iran’s role in propping up the Assad regime as “more of an advisory mission” last Friday, adding to the deepening criticism that the administration has been minimizing Iran’s activities in Syria.

Also on December 15, Yeganeh Torbati reported for Yahoo News that U.S. Secretary of State John Kerry accused Assad’s government of carrying out “nothing short of a massacre” in Aleppo.

Thousands were evacuated from the last rebel enclave in a city besieged by fighting for years, under a ceasefire deal on Thursday.

Kerry vigorously defended the futile U.S. diplomatic efforts to end the war.  Washington was forced to watch as the Syrian government and its allies mounted an assault to pin down the rebels in eastern Aleppo, culminating in this week’s ceasefire deal.  “There is absolutely no justification whatsoever for the indiscriminate and savage brutality against civilians shown by the regime and by its Russian and Iranian allies over the past few weeks, or indeed for the past five years,” Kerry told a news briefing in Washington. “We are seeing the unleashing of a sectarian passion.”  He added, “The Assad regime is actually carrying out nothing short of a massacre.”

Kerry said the United States was seeking a cessation of hostilities in Aleppo, and said it appeared that air strikes and shelling had stopped and that convoys were moving out.  However, there are reports that a convoy of injured people were fired on by Syrian government forces or their allies, he said. Activists and residents inside the remaining rebel enclave said this week that pro-government militias had summarily executed dozens of civilians.

Russia has denied killing civilians in large numbers, alleging that rebels kept people in east Aleppo to use as human shields.

The deals to establish a ceasefire between Assad forces and anti-government rebels, Kerry has repeatedly tried to make have been largely ignored by Damascus and Moscow, and he has recently and publicly expressed frustration with the complete failure of diplomatic efforts to stop the fighting.

Kerry reiterated long-standing U.S. policy on Syria on Thursday, and called on the international community to exert pressure on all parties to end the war, but five years of international efforts have failed to do that.

Kerry has little leverage to influence the situation in Syria. A U.S. official, who spoke on condition of anonymity, told Reuters,  “He just feels that the Russians and the Iranians are culpable and he wanted to make sure that’s clear. At the same time, he also wants to say ‘I am always willing to do more diplomacy,’ which is kind of a ridiculous position.”  He added, “It’s not going to get solved in the next weeks. There is something about the Middle East that doesn’t meet U.S. schedules.”

Obama focused on the goal of avoiding deeper military entanglements in the Middle East, which has prompted criticism from officials, including dozens of American diplomats who wrote a leaked internal memo this year calling for more aggressive action against Assad, including military strikes.

Assad vowed to fight until he regains full control of the country. The government’s takeover of Aleppo, the most populous city in Syria before the war, marks a major victory for him.