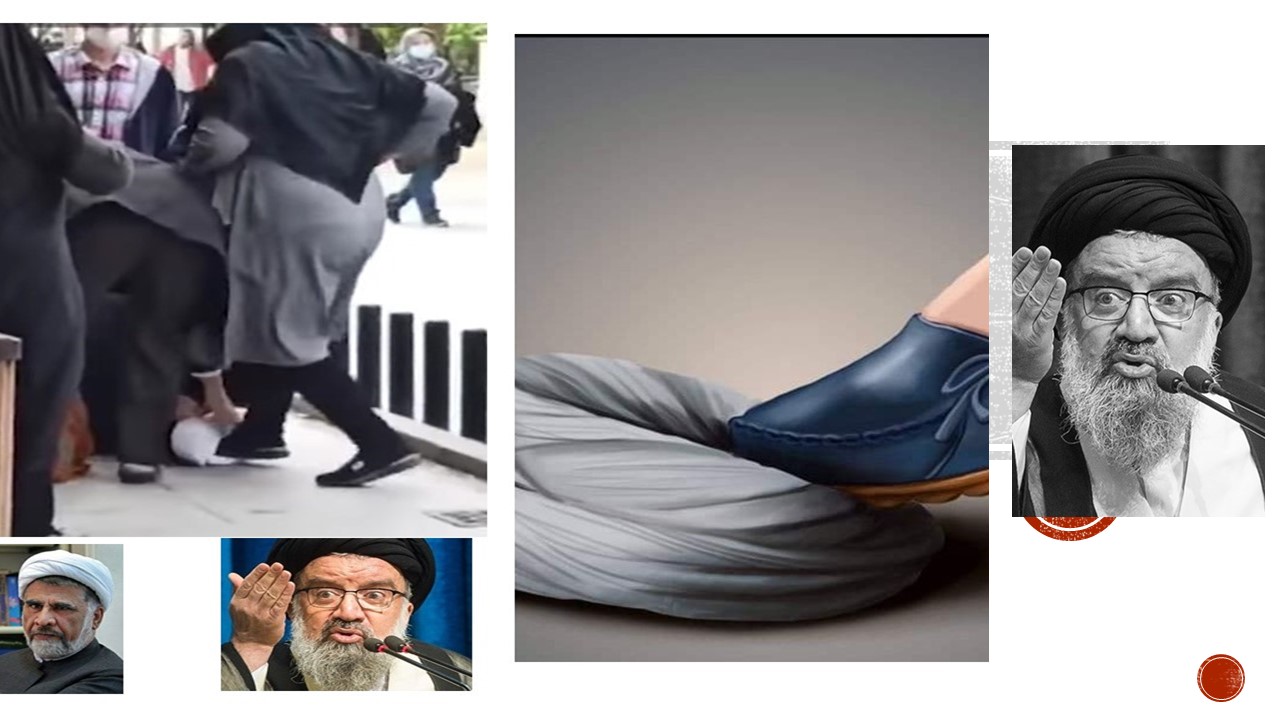 In a meeting with regime supporters on Friday, Ahmad Khatami, a prominent regime official and member of the Guardian Council, admitted that the people despise the mullahs, saying, “some are attempting to divorce religion from politics.”

Meybodi: public blames the clergy for the current crisis

Khatami raised alarm over the activities of supporters of the People’s Mojahedin of Iran (PMOI / MEK Iran) during the same session, according to the official IRNA news agency. The clerics and regime loyalists were advised by Khatami not to take any steps that might “encourage the MEK.”

Khatami isn’t the first one who has expressed concern over the mullahs’ declining reputation. “The public is blaming clerics for the current crisis,” Mohammad Taghi Fazel Meibodi, a member of the Assembly of Teachers in Qom Seminary, said in comments to the state-run Hamdeli daily on January 4.

“Unfortunately, the people have a bad view toward clerics,” he added. Many student clerics who go to the market or to stores to buy products attempt to avoid wearing clerical robes to avoid being ridiculed.”

“Today, clerics wear their religious attire less in public appearances to avoid feeling uncomfortable,” Meibodi continued. People will disrespect a cleric if he rides in a taxi. The priests are blamed for excessive pricing and all difficulties.”

The driver said three times, “I do not suggest the mullahs ride.”

In a similar article published on January 4, Hamdeli cautioned about the dangers of the clerics’ lavish lifestyle. “Clerics seeking career prospects in industries, oil, sports, recreation, and even the meat market have emerged from their attention to material life, the attractiveness of government and political roles, and their habit of opulent life and assuming key positions.”

Another mullah, Mohammad Reza Zaeri, posted on Instagram on January 7: “People have spit on me, insulted me, and right now, my Snap [Iranian ride-sharing app] driver forced me get out of the car in the middle of the street!” Are the individuals who should comprehend and know about this level of hatred that we’ve been warning about for years even aware of it? No. Those who arrive and go with their own personal drivers and bodyguards are not held responsible. ‘I don’t offer rides to mullahs,’ the driver stated three times.

With their comments, these officials and the media are barely scraping the surface. People’s antipathy for the ruling mullahs is so strong that recordings of people confronting mullahs have become commonplace on social media.

The burning of posters and sculptures of regime

“You are all filthy,” one individual says to a mullah in a video that has gone viral on social media. This dog is cleaner than Ali Khamenei, the regime’s supreme leader.”

The burning of posters and sculptures of regime figures and icons, such as the now-dead terrorist commander Qassem Soleimani, are further examples of this hatred.

As a result, while Khatami, Meibodi, and Zaeri’s comments are noteworthy, they are only the tip of the iceberg. Iran’s people will express their dissatisfaction with the mullahs’ rule through protests and uprisings.