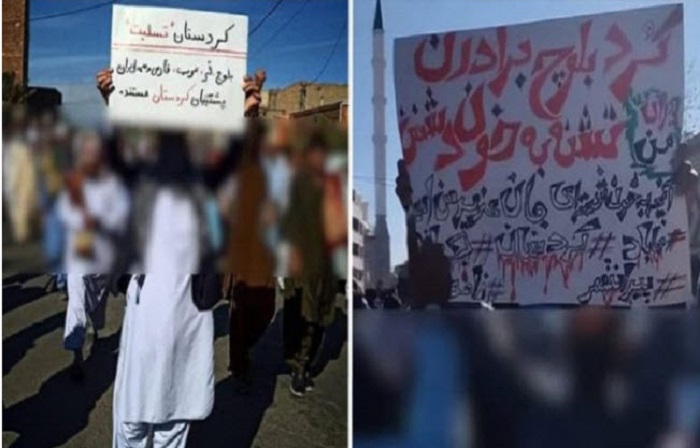 Faced with ongoing protests over the last three months, the regime has used its entire propaganda apparatus to portray freedom-loving Iranians who are fed up with the regime’s form of rule as “rioters” and “thugs.” It portrays them as those fighting God (Mohareb) by confronting the regime, its supreme leader who is God’s representative on earth, and Imam Zaman, the ‘Leader of the Time.’ The verdict is death.

Given the nature of this regime, who is the true separatist, and is it a real threat to Iran? The solution is straightforward. Feeling threatened, it abruptly changed color and became a patriot, raising concerns about the country’s unity and unity.

For example, one of its members said of separatism in an interview with Tasnim on September 29 that, “the government and the media should talk about the reality of this danger for the country. In this context, the government is not the main subject, it is Iran. Iran is the most common issue among us Iranians with all the differences in choices.”

While it has been demonstrated over the last four decades that this has been most detrimental to the country’s unity, he deceptively wants to divert attention away from the regime and toward a minor issue: Separatism, under the guise of national unity.

Looking at the logo of its Revolutionary Guards (IRGC), we can clearly see that its last concern is the unity of Iran, even though there is no sign of Iran in it. The IRGC’s name appears in the regime’s constitution but there is no mention of Iran.

In fact, Iran is considered an occupied territory by the regime’s supreme leader, Ali Khamenei. A land that must give up its natural resources and capital in order to build mass destruction weapons to ensure the survival of this vile sovereignty.

They have put the Caspian Sea, the Persian Gulf, and the port of Chabahar up for auction to other countries. They signed a 25-year contract with China that is so damaging to the country that some of its officials have compared it to the infamous Turkmenchay Treaty.

Where does its massive suppression machine come from? Is it anything other than these people’s capitals? Contrary to the regime’s claims, the cities of Zahedan, Khash, Chabahar, Saravan, Zahak, Taftan, and Iranshahr are currently displaying the most beautiful manifestations of patriotism and Iranian ethnic unity.

Baluchestans held placards that read, “Our condolences to Kurdistan – Baluch, Lor, Arab, Fars, and all of Iran support Kurdistan.” “Kurdistan is not alone, Baluchestan supports it,” they chanted. “Kurds and Baluchis are brothers who despise the supreme leader,” he adds.

Finally, there is no enemy living on Iran’s outskirts, and there is no animosity between Iranian ethnicities and nationalities. This regime is the only adversary.