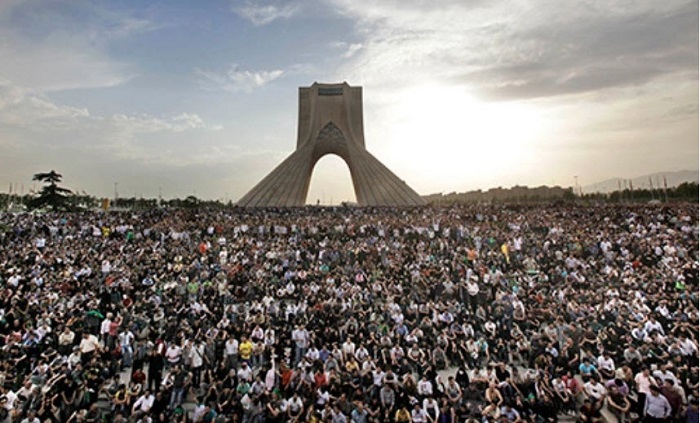 There were two fronts during the eight months

The regime’s fear of the 2009 protests, their lingering repercussions in Iranian society, and the MEK’s growing engagement in planning and leading rallies twelve years later is still palpable. On the anniversary of the protests, the regime-held anti-demonstration rallies, during which several regime leaders discussed the significance of the protests and the continued campaign to destabilize the regime.

“There were two fronts during the eight months of sedition,” Ahmad Khatami, a member of the Assembly of Experts, said. The [MEK] concentrated on one front for eight months and did everything they could… Every occasion was transformed into a riot by them. November 4th and 5th.”

(IRGC) warned of the MEK’s threat to the regime

The regime has made a number of contradictory claims regarding the MEK. On the one hand, regime officials continue to try to dismiss the MEK as a fringe group with no domestic support. They, on the other hand, continue to maintain that the MEK is responsible for all of the country’s protests. The MEK coordinated the 2018 national upheavals, according to senior government officials, including Ali Khamenei, the regime’s supreme leader.

Ramazan Sharif, a spokesman for the Revolutionary Guards (IRGC), has warned of the MEK’s current threat to the regime. “Even today, the enemy is attempting to sow discontent among the people [about the regime] and undermine the Islamic Revolution’s achievements by exaggerating everyday problems in order to sow discontent and gain political advantage by luring people into street protests.” “And they understand that it will only bring insecurity to the people,” he concluded.

People from all walks of life protest the regime corruption

The truth is that the government has wrecked the economy of the country. Today, people from all walks of life and socioeconomic backgrounds are protesting government corruption, inflation, high prices, unemployment, and other concerns that have caused havoc on people’s lives. And there is such a strong desire for regime change that all it takes is a spark to turn economic protests into political marches.

This effect has been seen in protests around the country, from Isfahan farmers to Khuzestan citizens, Sistan and Baluchestan gasoline porters, and teachers across the country. Protesters nowadays plan their rallies via social media. A teacher-led march that took place in over 100 locations around Iran was the most recent manifestation.

The regime is using methods to stop social media

The dictatorship fears any region that permits people to communicate and organize outside of the regime’s control. While the government has tried a number of methods to prohibit people from using social media, people are finding new means to communicate and have their opinions heard.

While the administration is praising itself for surviving the 2009 riots, officials are constantly warning that another wave of large-scale protests is unavoidable. Despite the regime’s oppressive tactics, Iranians are outraged by more than four decades of despotism and corruption, with daily protests taking place around the country. The administration is finding it increasingly difficult to hold power as more individuals join the protests.