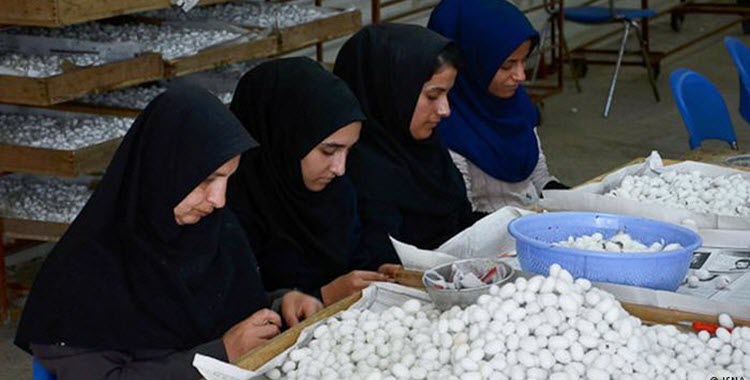 The Women’s Committee of the National Council of Resistance of Iran (NCRI) on April 4 published a report, pointing out that the employment rate of women in Iran is significantly low, compared to other developing countries.

“Only 12% of women aged 10 and above are considered economically active”, the report said, quoting the Statistical Centre of Iran. Iran is the second largest economy in the Middle East and North Africa region, yet a visible gender gap in employment allowed only 12 percent of women to contribute to the economy.

The second half of the 20th century was marked by a positive transition of women taking active part in the global labor market, which continues to the present. Women have been holding jobs outside of their home, and in a world where there is an ongoing discussion about equal salary for both genders, Iran is struggling to get past the initial issue of employing its women.

The report, which first appeared on the state-run iranestekhdam.ir website, found that there is a serious lack of adequate job opportunities for women in the country and employed women mainly occupy positions in the private sector with considerably low wages.

Much-needed private sector growth and job creation are yet to boost Iranian women’s participation in the labor force, which the current weak labor market conditions have affected negatively. The small-scale agriculture and service sectors, where women are most likely to find employment, have kept unemployment rates over the years stubbornly high.

According to statistics, there is a notable difference between women’s unemployment rate in rural and urban areas (7.4% and 11.7% respectively). In spite of the easy access to education, unemployment among women is still higher in the cities than the provinces. The figures indicate an increasing unemployment rate among educated women, while the growing number of women receiving higher education creates a mounting challenge to create jobs and enable equal access to them for both genders.