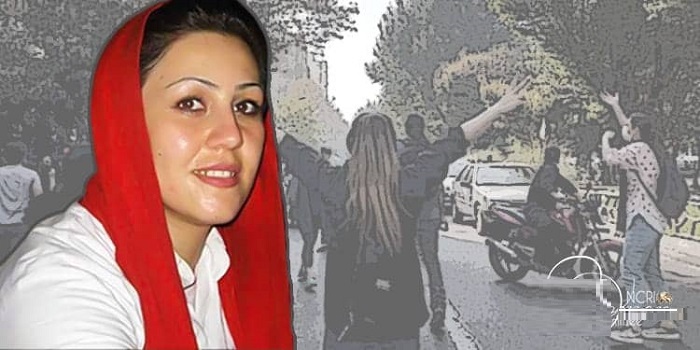 She described the regime’s prisons as “hell-like” in a letter that was published by the media. On December 29, 2009, Akbari Monfared, a mother of three, was arrested on suspicion of supporting the People’s Mojahedin of Iran (PMOI/MEK). Without a warrant and under the guise of providing explanations, she was taken to Evin prison in the middle of the night.

“They took me to Evin prison without giving me a chance to say goodbye to my loved ones and made the ridiculous promise that ‘you will return to your children in the morning,'” Akbari Monfared wrote. “It has been thirteen years since I was separated from my four-year-old Sarah and my two 12-year-old daughters on that winter midnight on December 29, 2022.”

“This is not a 4,000-page story, but the raw reality of a life under fascist dominance imposed on us while we refused to submit,” Akbari Monfared wrote. “On this side of the bars, in the dark desert of torture and oppression, there is nothing but vileness and brutality as far as the eye can see – even where the eye cannot see.”

Maryam Akbari Monfared expressed her support for the nationwide protests that have raged across Iran since September 16, when the regime’s security forces murdered Mahsa Amini, a 23-year-old woman arrested on charges of violating the regime’s oppressive hijab rules. The protests have evolved into a full-fledged uprising calling for the regime’s total overthrow.

The mullahs’ regime executed three of Akbari Monfared’s brothers and one of her sisters. Alireza Akbari, a member of the MEK, was executed in 1981. Gholamreza Akbari, another MEK member, was tortured to death in 1985.

Akbari Monfared is one of many Iranian political prisoners imprisoned because they are MEK members’ relatives. The Iranian regime has a zero-tolerance policy toward any MEK support or connections. It relentlessly persecutes MEK relatives and has executed over 120,000 members and supporters of Iran’s main opposition group.