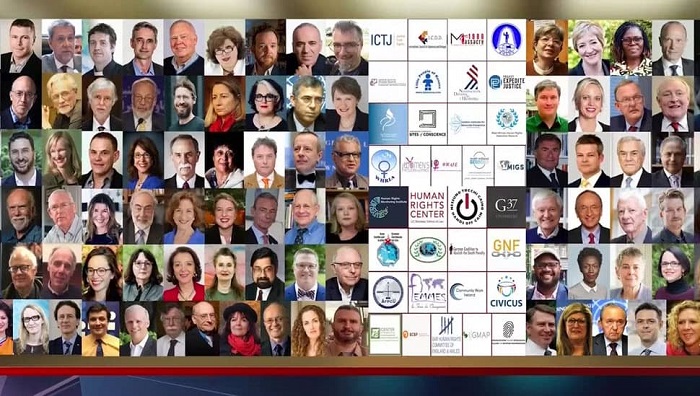 238 current and former UN officials, judges, human rights experts, Nobel laureates, and non-governmental organizations wrote an open letter to Western leaders urging them to put pressure on Iran to stop the execution of anti-government protesters. They advocate for the expulsion of Iranian ambassadors and the blacklisting of the Islamic Revolutionary Guard Corps (IRGC).

The open letter was sent to the leaders of Canada, the European Union, the United Kingdom, and the United States last week, following the execution of two people, one of whom was executed in public, for participating in ongoing widespread protests in Iran. Open letters typically have a symbolic rather than effective impact. However, this letter has an impact that goes beyond a symbolic act.

Human rights are no longer the sole domain of a country’s authorities but are a concern of global organizations. Nobody can violate these rights without justification and still maintain a semblance of international legitimacy.

Judicial officials who have represented international courts and enforced their rulings are also among the signatories. A former International Criminal Court (ICC) president, a former President of the Court of First Instance of the European Communities, five former judges of the General Court of the European Union, the former Chief Prosecutor of the United Nations International Criminal Tribunals for former Yugoslavia and Rwanda, the lead prosecutor in Slobodan Milosevic’s trial in the Hague, and the former Chief Prosecutor of the United Nations Special Court for Sierra Leone are among those named. As such, the letter appears to be a warning, a reminder of the fate that awaits human rights violators, perpetrators of crimes against humanity, and those who are defenseless.

The signatories emphasize that their concerns are heightened by the Iranian regime’s decades-long record of mass executions, specifically “as many as 30,000 political prisoners, mostly members of the People’s Mojahedin of Iran (PMOI/MEK), extra-legally executed or forcibly disappeared during the 1988 massacre.”

“We urge you to hold the leadership of the Islamic Republic of Iran accountable for crimes against humanity, including the killing of children and the public hanging of protesters, and to use all internationally available means to bring them to justice,” the signatories say.

“We propose that your countries establish a joint mechanism to quickly identify and sanction the individual masterminds and perpetrators of the ongoing crackdown on protesters.”

“Finally, we request that your countries, where applicable, reduce diplomatic ties with the Islamic Republic of Iran, including by withdrawing your ambassadors and expelling representatives of what is in fact a murderous government.”