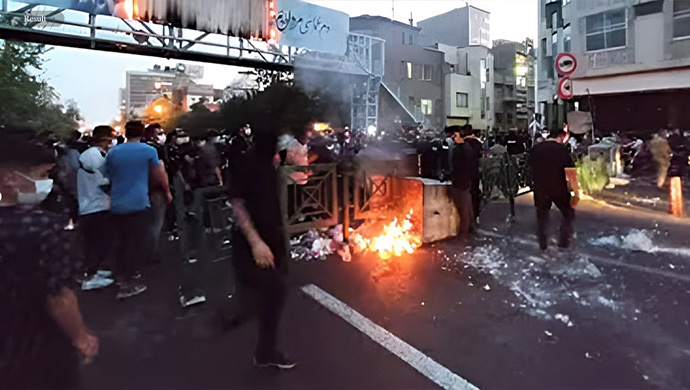 This movement is being referred to as a “revolution” by the Iranian people. As the ruling regime grows increasingly paranoid about the very real threat to its very existence, its media/lobbying apparatus has been busy demonizing the protesters as “foreign elements,” “seditionists,” “separatists,” and “terrorists” inside Iran, abroad, and on social media.

While the regime resorts to outright brutality against protesters, whether on the streets or in its prisons, certain figures with loud voices on social media and other platforms continue to express “concerns” about the Iranian revolution “turning violent.” They hide behind the ruse that resorting to violence in the face of the regime’s security forces opening fire will only encourage the mullahs to escalate the bloodshed.

The vast majority were shot with live ammunition, while others died as a result of blows to the head or torture while held captive.

Because the regime in Tehran has repeatedly demonstrated that it will not change from within, the international community must recognize the Iranian people’s right to defend themselves against the regime’s brutality and to secure their freedom. The West, in particular, should join them in their fight for Iranian freedom and regional peace and security.

However, what exactly does this mean?

We have arrived at a point where the international community can truly conclude that every possible path has been traveled during the past four decades of unprecedented appeasement toward this criminal regime that is holding the Iranian people, history, and culture hostage. All options have been exhausted, and Tehran’s rulers have not only squandered numerous opportunities provided by the West but have also responded with more belligerence.