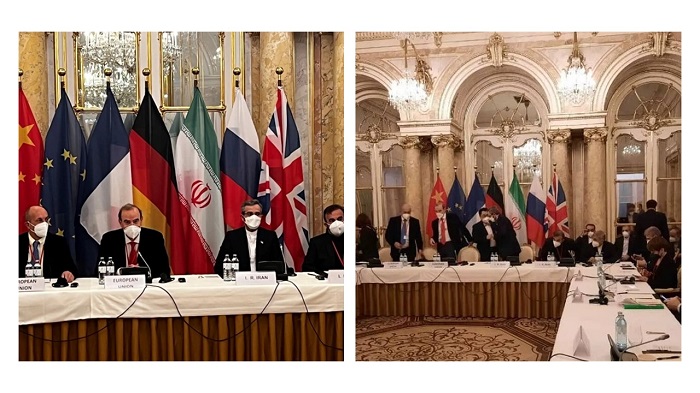 Each of the parties now negotiating in Vienna has stated that attempts to re-establish the 2015 Iran nuclear deal are nearing completion. However, it’s unclear what this implies, given that the United States, the United Kingdom, France, and Germany had been claiming for weeks that the window for an agreement was closing and that Iran would face further pressure if it didn’t change its stance. Although there is little evidence that it has done so, Western interlocutors appear to be lowering their expectations.

The US State Department had originally set an unofficial target for the Vienna discussions to expire in late January, but that deadline has now been moved back to the end of February. Even though it appears to be widely understood that the regime is only weeks away from progressing its nuclear program to the point where the original terms of the Joint Comprehensive Plan of Action (JCPOA) will no longer be sufficient to extend its “breakout time” to more than a year, there’s no guarantee that the US or its allies will stick to this new timetable.

Given this, one has to question why the US agreed to lift sanctions that banned foreign countries from cooperating with the regime on “civilian nuclear programs” earlier this month.

The waivers show an unwavering commitment to re-establish the JCPOA, no matter the security or strategic costs. The European leadership looks to be just as devoted, if not more so, to that objective. It would be bad enough if such belligerent actions were limited to enriching uranium to near-weapons-grade levels or producing uranium metal, a substance that serves no use other than to form part of the core of a nuclear weapon. In addition to the construction of large stockpiles of ballistic missiles and conventional weaponry, and the ruthless suppression of dissent both at home and abroad, the regime’s strategy includes the expansion of militant proxies across the region.

.@iran_policy:We have to make sure the regime in #Iran is held accountable for its UN resolution breaches as well as the #JCPOA It has enriched ten times more the amount agreed https://t.co/ndtPDkpY87…
Keep following #GiulioTerzi .@GlobalCRL

When Western leaders make an undeserved concession to the regime, however modest, they risk escalating each of these patterns of conduct. Major concessions, such as those included in the JCPOA, present Tehran with a cash windfall that is inevitably diverted into terrorism and paramilitary projects rather than being spent on the essential needs of the Iranian people, with a third of the population living in abject poverty.

The European Union, its member states, and their allies were urged by the Friends of Free Iran parliamentary group on Wednesday to “adopt a firm and decisive policy toward the Iranian regime, to condemn four decades of crimes against humanity and genocide perpetrated by this regime, and to take the lead on the referral of the regime’s crimes to the UN Security Council.” The document’s sponsors unanimously agree that this is the best way to keep the regime’s nuclear program under control and hold Tehran accountable for its actions.

This move would add to the pressure Tehran is currently under from its own citizens, following eight countrywide uprisings and a slew of other protests in the last four years.

Activists led by the People’s Mojahedin of Iran (PMOI / MEK Iran), the largest pro-democracy opposition organization that survived a massacre of over 30,000 political prisoners in 1988, are driving the fight for democratic government change.

The regime’s ruthless repression of the large November 2019 rallies, which murdered 1,500 people, “failed to halt the eruption of additional nationwide uprisings or protests by teachers, retirees, workers, nurses, students, and many others,” according to our resolution. It exposed the regime’s fragility in the face of an escalating opposition movement.

The international community must back the National Council of Resistance of Iran (NCRI) as a viable alternative to the regime, endorse NCRI President-elect Maryam Rajavi’s 10-Point Plan for Iran’s Future, and officially recognize the Iranian people’s and Resistance’s right to overthrow the regime and restore democracy and people’s sovereignty.