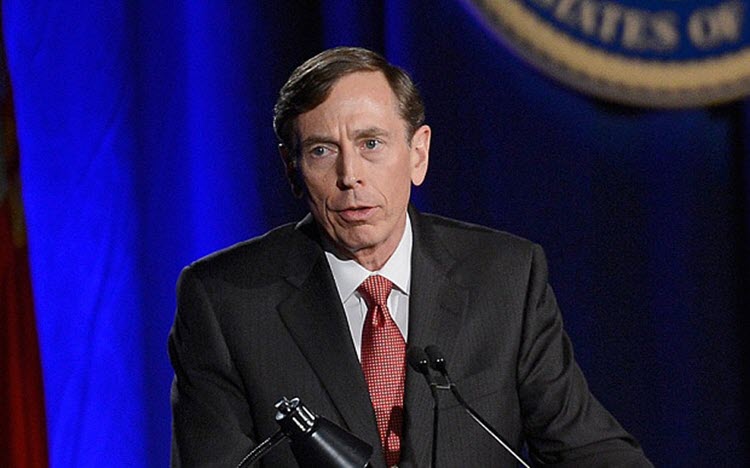 General David Petraeus, the former CIA director, said at the Institute for National Security Studies conference that the United States needs to be prepared to take action against Iran.

He also said at the conference on Tuesday in Tel Aviv that Trump is having a positive bearing on security in Europe. Petraeus, speaking to Maj. Gen. (res.) Amos Yadlin – head of the Institute for National Security Studies – said: “Following his declarations, the Europeans, for the first time, want to invest more in security. His conduct may have good ramifications. I think he is very pragmatic, and now he has to back up the slogans with policies.”

Israeli Prime Minister Benjamin Netanyahu is expected to visit President Trump next month in the US. They will speak about some important issues such as the Iran nuclear deal.

Petraeus claims that he told Trump that it is imperative to reassert what the United States wants – that is, a non-nuclear Iran and for the Islamic Republic to stop its take-over of the Middle East. He also emphasised that the Gulf states believe Iran is the number one problem. Iran is, and has been, the main issue for a long time – more important that ISIS, the Palestinian problem, Yemen, etc.

He also said that it is imperative for the US to clearly and loudly declare that it will not allow Iran to become nuclear and to make it known that the US military “will be ready for action in the region, if and when”. Petraeus added that the US should collaborate with allies to combat Iran.

Yadlin said that Trump’s administration “presents an opportunity, which hasn’t always been available, for the Prime Minister to amend a strategic mistake he made in the summer of 2015”. He added: “Instead of operating against a deal supported by the US and the world’s powers, without actually providing a better alternative – the right thing to do would be to coordinate with the US on how to deal with Iran’s negative, non-nuclear activity and with the negative outcomes of the Deal in the long run.”

Before becoming CIA director, Petraeus was commander of NATO and was the commanding officer of the US Central Command. Despite not being chosen as the Secretary of Defense for the Trump administration, Petraeus is still close to the President. He has had a significant role in defining the President’s defensive strategy.