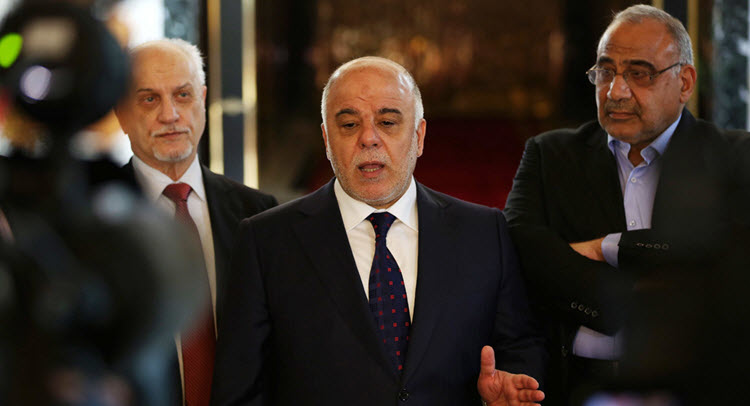 In a clear message Haider al-Abadi emphasized on his determination to join the U.S. option aimed at annihilating Iran’s control over Iraq and supporting steps to tighten relations with Saudi Arabia. The Iraqi Foreign Minister’s meeting with his Saudi counterpart in Washington is a reference in this regard.

These developments are taking place while entities close to the PMU are discussing the Iran-linked Shiite militias’ widespread participation in elections and the possibility of allying with former Iraqi Prime Minister Nouri Maliki to cement the control of sectarian parties over provincial councils and the parliament.

However, al-Abadi has underscored he will not permit these militias to take part in these elections as candidates. The elections commission highlighted the PMU is considered a “security entity” and cannot be registered as a political current in future elections.