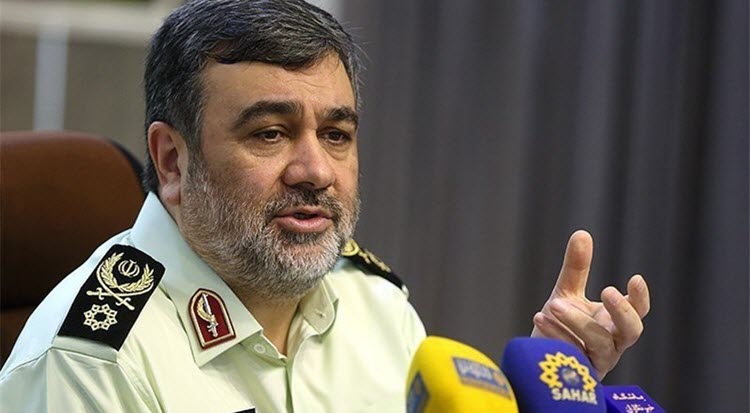 The Iranian regime’s chief of police has declared that Iran’s prisons are full according to a report by the National Council of Resistance of Iran (NCRI). Brigadier General Hossein Ashtari, head of the suppressive State Security Forces, added that new and harsher methods are needed in order to deter people from breaking the regime’s laws.

On Sunday, speaking before members of the regime’s new Majlis, or Parliament, he said: “According to the judiciary, [Iran’s] prisons are now full, and crimes can no longer be prevented with this method. So we must do something whereby the consequences of committing a crime is increased so that no one contemplates doing so.”

The fundamentalist Iranian regime is still dishing out brutal sentences and punishments such as stoning to death, amputation of limbs and the gouging out of eyes. At least 66 people have been executed in Iran in the past month alone, 3 of whom are believed to be women and a juvenile offender.

On 13th April, the NCRI released a statement saying that the increasing trend of executions “aimed at intensifying the climate of terror to rein in expanding protests by various strata of the society, especially at a time of visits by high-ranking European officials, demonstrates that the claim of moderation is nothing but an illusion for this medieval regime”.

Amnesty International released their annual report on the death penalty for the 2015 period. They declared that at least 977 people were killed in 2015, compared to 742 in 2014. They said that “Iran alone accounted for 82% of all executions recorded” in the Middle East and North Africa.

The NCRI highlighted that the alarming number of executions is on the rise. “There have been more than 2,300 executions during Hassan Rouhani’s tenure as President. The United Nations Special Rapporteur on the human rights situation in Iran in March announced that the number of executions in Iran in 2015 was greater than any year in the last 25 years. Rouhani has explicitly endorsed the executions as examples of ‘God’s commandments’ and ‘laws of the parliament that belong to the people’.”

Iran’s Exports Continue to Fall: Another Symptom of the Country’s Collapsing Economy