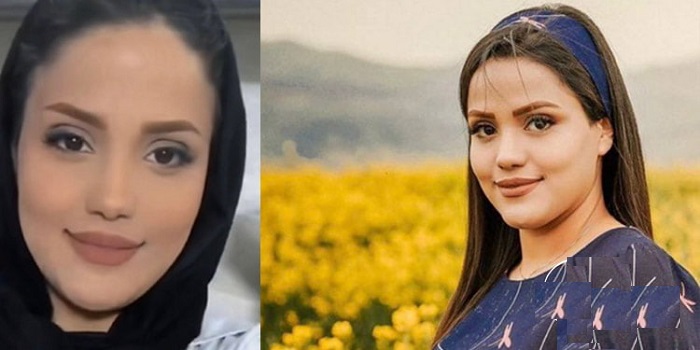 On December 12, 2022, security forces dressed as Electricity Department agents raided Mohana Kameli’s home in Tehran’s Narmak district and arrested her. Her leg wound became infected after she was shot during the protests about three months ago. Her arm was broken three weeks before her arrest during protests in Tehran when security forces ran over her on a motorcycle.

Nonetheless, due to public pressure, Qarchak prison officials were finally forced to transfer Mohana Kameli to Taleghani Hospital in Velenjak on Friday, January 13, 2022. On Saturday, January 14, she underwent four-hour skin graft surgery, but her body rejected the skin tissues. She had another 6-hour surgery on Sunday, January 15.

In this case, she is bound to the bed with handcuffs. Mohana’s friends who came to see her at Taleghani hospital were unable to see her. Mohana Kameli’s father died three years ago, and her mother died three days after Mohana was arrested due to a stroke “For God’s sake, stop fearing,” Mohana said in her message.

During the four-month-long Iran uprising, which began on September 16, more than 30,000 protesters have been imprisoned and tortured. A significant number of these detainees are courageous Iranian women. So far, the Iranian Resistance has verified and published the names of 637 protesters who died during the nationwide uprising. The list includes the names of approximately 80 women.