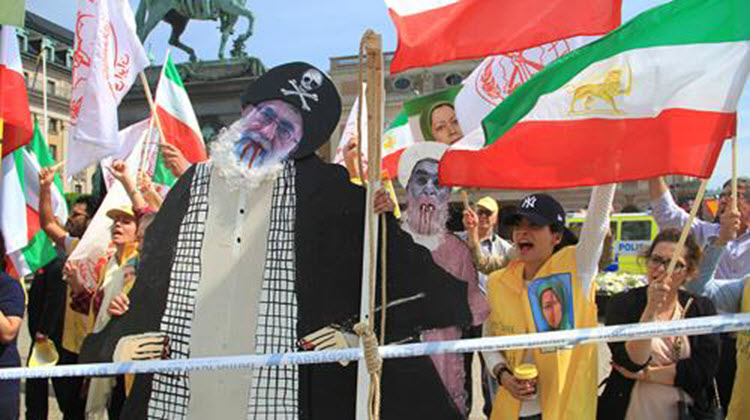 Amir Basiri, an Iranian human rights activist, wrote in the Washington Examiner about the Iran appeasement policy. He believes that as Obama’s administration nears the end a “widespread propaganda campaign” is being started by the Iranian regime, its lobbies in the United States and Iran apologists. Basically anyone with a “vested interest in the continuation of rapprochement with Tehran”.

He said: “Their efforts involve the publication of lopsided reports and hastily scribbled op-eds with enticing titles on highly viewed media outlets to reframe past failures as historical achievements, and to discourage President-elect Trump from choosing vocal critics of Iran’s mischievous deeds as his cabinet members.”

Shortly after Trump won the election, Josh Rogin wrote an op-ed in the Washington Post in which he attempted to imply that Rudy Giuliani has questionable connections. He called Giuliani a “paid advocate of a shady Iranian dissident group”. He was referring to the People’s Mojahedin Organization of Iran (PMOI/MEK) – the main opposition to the Iranian regime. It must be noted that Rogin has attacked the PMOI on many occasions in the past and has a habit of quoting Tehran lobbies in his work.

Politico published an even stronger criticism of Giuliani. On 23rd November, an article with the provocative title, “Giuliani Took Money From a Group That Killed Americans”, the author warns Trump about selecting Giuliani for his administration. Daniel Benjamin, a former State Department staffer, speaks condescendingly and offensively about him.

Basiri points out that both these articles were written with “debunked claims and facts based on unproven rumors or obtained from sources with economic and political ties to the Iranian regime.” He reminds that the Iranian regime has been part of at least one terrorist attempt in the U.S. and has killed hundreds of American soldiers.

He adds that both articles lack impartiality and omit Key facts. One such fact that was omitted was the fact that the PMOI has been instrumental in “sparing the world a more dangerous version of North Korea by exposing Iran’s illicit nuclear program in 2002”. The PMOI also saved many American servicemen and women by providing accurate intelligence about terrorist plotting by the regime in Iraq.

Basiri said that the authors of these articles clearly are more concerned with promoting the appeasement policy toward Iran than with providing facts and show the whole story.

He said: “With Obama having virtually exhausted every possible option to contain Iran through cajoling and concessions, the advocates of rapprochement are finding it harder than ever to cling to real evidence and facts for their arguments. That’s why they’re increasingly resorting to propaganda and dishonest reporting.”