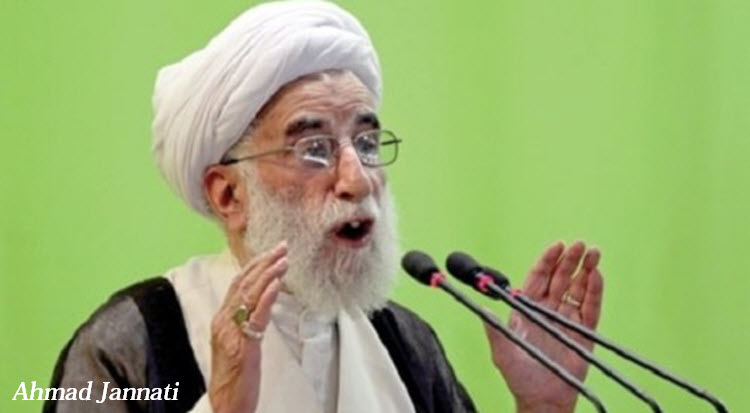 Ahmad Jannati, “a notorious cleric who is among the closest confidants of the mullahs’ Supreme Leader Ali Khamenei”, has been appointed the head of the Iranian regime’s new Assembly of Experts, according to a report by the National Council of Resistance of Iran (NCRI). He was selected by the assembly with 51 out of 88 votes, according to state media.

This 90 year-old man is also the chairman of the regime’s Guardian Council. They are in charge of approving all laws adopted by the Parliament in accordance with the regime’s fundamentalist constitution.

The Assembly of Experts has 88 members, most of whom are elderly clerics. They are tasked with appointing the regime’s Supreme Leader, the person “who has the final say on all state matters, including foreign policy”. The Supreme Leader is also the commander-in-chief of the armed forces and the person who “appoints the heads of the judiciary, state broadcasting and major economic conglomerates”.

The NCRI draws our attention to Jannati’s past – he is notorious for many crimes. In the 1980s he even supported the execution of his own son, Hossein Jannati, a member of the PMOI or MEK (People’s Mojahedin Organization of Iran), Iran’s main opposition group.

Commenting on the appointment of Jannati as head of the Assembly of Experts, Shahin Gobadi of the NCRI’s Foreign Affairs Committee said: “Jannati is one of the most fervid retinues of Khamenei and his faction. The appointment of Jannati as the head of the Assembly of Experts is a sign of further contraction of the regime and clearly shows that the notion of reform within the clerical regime is a total myth. It also manifests the regime’s deadlock and the fact that it is devoid of any future.”

He also said that it is evident that Khamenei engineered this appointment and that many members of the Assembly of Experts were either forced to vote in favour or were perhaps financially persuaded to do so. Mr Gobadi said that is yet another example of moderation, reform and the notion of an election being meaningless to the regime. “Appointing a 90-year-old mullah as the head of the regime’s two key entities, the Guardian Council and the Assembly of Experts, vividly manifests that the regime is devoid of any future and that Khamenei’s clique and trusted confidants are becoming fewer.”