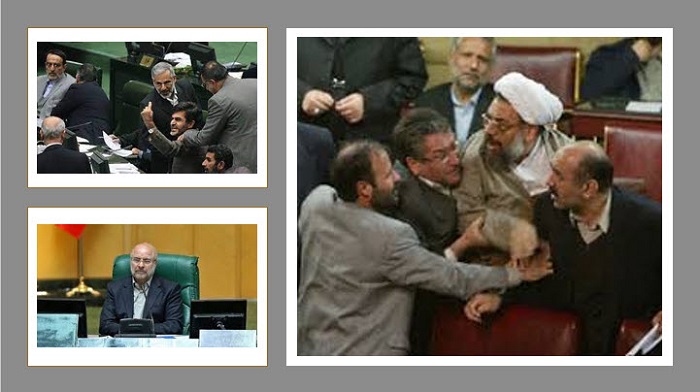 The performance of Iran’s government in terms of economics, honouring promises, raising prices, and so on has sounded the alarm for the thirteenth government, as well as enraged the regime’s most ardent supporter, the regime’s parliament.

The so-called red lines of Ebrahim Raisi were so false that when the thirteenth government took office, the public had little reason to be optimistic that things would change and that the government would be able to tackle the country’s problems, therefore the government’s promises were short-lived.

This can be observed in the numerous protests that are developing day by day, as well as the country’s growing socio-economic difficulties. The regime’s government is currently under enormous public pressure. The government has yet to release a detailed economic plan, and Raisi’s procrastination has provoked public criticism and frustrations.

Unemployment and poverty are all too real

Raisi’s emphasis on the importance of intensifying the process of monitoring the pricing of products, particularly necessary items and vital livelihoods goods, demonstrates that the administration is conscious of the people’s dire position.

Raisi has declared repeatedly that controlling inflation and safeguarding the dignity of the people are his red lines, and that the government’s economic actions do not surprise the public. People, on the other hand, are still experiencing economic surprises. There’s no need to look at the numbers; rising prices, unemployment, and poverty are all too real, prompting harsh criticism of his government.

Buying housing has become a dream and impossible

Now, one of the regime’s leaders is questioning why the administration hasn’t performed effectively so far and hasn’t given a strategy to restructure the country’s economic position. Even the presidents before him had an economic strategy, albeit one that was illogical, disconnected from the country’s true social and economic reality, and geared toward the regime’s economic mafia.

“Perhaps we forget to push the brake pedal instead of the gas,” Asghar Salimi, a regime MP, cautioned the regime’s government.” Buying housing has become a dream and impossible for many, and carmakers are going in any way they want,” he said, referring to the multibillion-dollar housing costs.

Parliament cannot be silent with the leader and president

“Do not let that our and your story, and the promises we have given to the people become the story of that king and soldier who froze and died waiting for the promise of the king’s warm clothes,” Sara Fallahi, an MP, pleaded to Raisi.”The difference in the price of a product in several shops has nothing to do with sanctions; it is the weakness of the monitoring system,”

Mohammad Reza Sabbaghian, a member of the parliament’s Internal Affairs Commission and councils, stated. Nothing will happen if the surveillance apparatuses go on leave in these conditions.”Because of the country’s grave condition and the people’s diminishing tolerance, the regime’s parliament, which is entirely aligned with the regime’s supreme leader and president, cannot remain silent.

Even regime economists admit that making economic decisions on paper does not guarantee that they will be carried out in practice. Economic justice cannot be achieved unless poverty is reduced, the country’s per capita income rises, and the government takes steps to create foreign contacts that can help the country’s economy improve.

According to these experts, the thirteenth government’s economists have ignored the recent harsh experiences of ill-considered economic decisions and their bad results, as well as the continued losses of the weak parts of society due to currency depreciation.

the mullahs have gravitated towards “luxurious lifestyles” and “political and government positions” And they have seized important jobs in “the industrial domain, oil, sports, recreation, and even the meat industry”