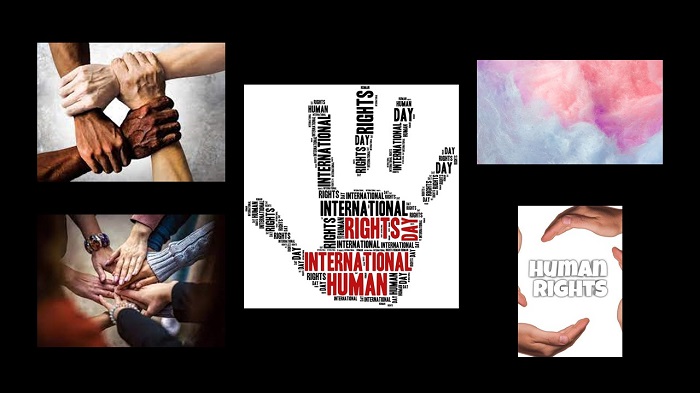 International Human Rights Day was observed on Friday. While several nations are taking significant steps to improve their human rights conditions, many others have called on the international community to take real steps to hold the Iranian government accountable for its growing human rights violations.

Iran “suffers from a deepening human rights crisis,” according to Diana Eltahawy, Amnesty International’s deputy director for the Middle East and North Africa. “Hundreds of individuals are on death row following unfair trials — including those arrested as children — and thousands are persecuted or arbitrarily detained for peacefully exercising their human rights,” she said. This condition, according to the human rights advocacy group, is driven by Tehran’s expectation of impunity, which is largely owed to the relative silence of Western officials on a variety of crucial concerns.

Raisi was a member of the Tehran “death commission,”

Earlier on Tuesday, a group of roughly 100 MEPs published a declaration demanding their governments and the EU as a whole to hold Tehran formally responsible for a significant crime against humanity committed in the summer of 1988. During an international meeting on Tuesday, hundreds of MEPs reiterated their desire for President Ebrahim Raisi, who was recently inaugurated, to be prosecuted for violations of human rights.

Raisi was a member of the Tehran “death commission,” which had a key part in the massacre, as per the statement and conference. Raisi was one of four authorities who examined political prisoners for almost three months, focusing on those linked with the People’s Mojahedin of Iran (PMOI / MEK Iran) and sentenced those who failed to denounce their affiliations to death. Around 30,000 political prisoners were executed in the process across the country, with MEK followers accounting for more than 90% of them.

1988 massacre was not only a crime against humanity

Legal scholars have argued that the 1988 massacre was not only a crime against humanity but also a case of genocide, based on a fatwa that labeled MEK supporters as enemies of God and signaled a goal of eradicating all supporters of a moderate, pro-democratic interpretation of Islam in previous conferences organized by the Iranian Resistance. As things stand, the regime’s theocratic fanaticism sustains a “justice” system that is still primarily defined by the brutality on show during the 1988 massacre.

This was recently proven in a court of law when Hamid Noury, a former Iranian jail official, and Raisi’s death commission servant, testified in his own defense at a trial in a Swedish district court. Noury was apprehended while visiting the Scandinavian country in 2019 and charged with war crimes and mass murder for his role in the killings.

The Noury trial will kick-start a larger investigation

Noury admitted many of the underlying human rights violations throughout his trial, including the punishment of dissent and rule-breaking with months of solitary imprisonment and horrifically painful floggings. He referred to the system that underpins those punishments as a “holy system,” whose foundations are still in effect today.

On Tuesday, MEPs repeated their hope that the Noury trial will kick-start a larger investigation into human rights violations in general, and the 1988 massacre in particular. The National Council of Resistance of Iran (NCRI) has frequently pushed the United Nations to establish a commission of inquiry in order to pave the way for Raisi, the regime’s Supreme Leader Ali Khamenei, and others to face charges before the International Criminal Court.

Several UN human rights experts, including the special rapporteur on the situation of human rights in Iran, have issued statements and reports expressing alarm over this phenomenon, as well as a slew of other inconsistencies in the Iranian regime’s criminal justice system. These experts have also demanded that all executions in Iran be halted immediately, particularly those that appear to be the result of a lack of due process.

The regime’s continued concealment is, without a doubt, a result of the international community’s inability to question it seriously. As the Iranian Resistance conference highlighted, world powers should drive the regime to change its ways by making all economic and diplomatic contacts with it conditional on the regime ceasing its nefarious activities.