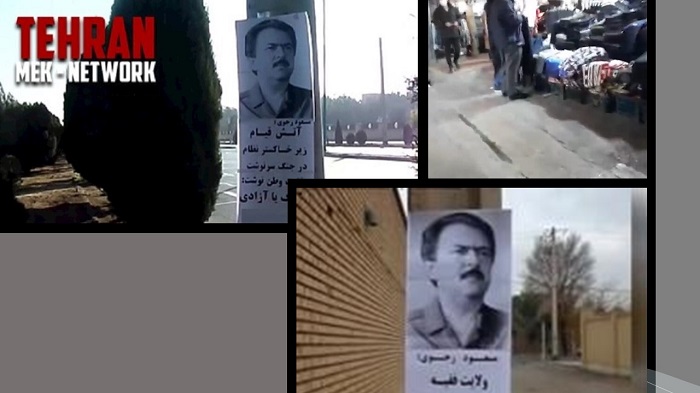 According to reports and video evidence from within Iran, members of Resistance Units, an Iranian opposition network linked with the People’s Mojahedin of Iran (PMOI / MEK Iran), are broadcasting more anti-regime audiotapes in Tehran and Mashhad.

At around 7 p.m. local time, anti-regime shouts were heard in the packed vicinity of Tehran’s Rudaki Street. Among the slogans were:

“Death to Khamenei, Hail to Rajavi!” alluding to the regime’s Supreme Leader Ali Khamenei and Iranian Resistance leaders Massoud Rajavi and Maryam Rajavi, President-elect of the National Council of Resistance of Iran (NCRI).

“Raisi is the executioner of 1988!” referring to regime President Ebrahim Raisi’s direct role in the massacre of over 30,000 political prisoners in 1988, the majority of them were members and sympathizers of the MEK.

February 24 – Tehran, #Iran
Rudaki St. – 7:00 pm local time
Anti-regime slogans were broadcast:
"Death to Khamenei, Hail to Rajavi!"
"Raisi is the executioner of 1988!"
"Neither crown, nor turbans, the mullahs' days are numbered!"#IranProtestspic.twitter.com/HXjQuPspqS

Locals claimed the market’s computer system had been hacked at the time. The incident occurred just weeks after the regime’s state-run broadcasting system was broken, resulting in state television showing images of Iranian Resistance leaders.