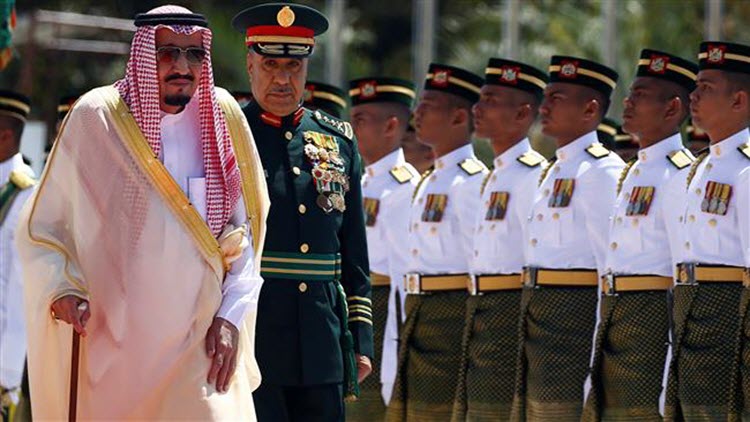 Saudi King Salman Abdulaziz has been on a month-long tour visiting Indonesia, Malaysia, Brunei, Japan, China, the Maldives, and Jordan. The trip is important because King Salman is reinforcing the relations between these countries with the aim of achieving Vision2030 – Saudi Arabia’s Vision for the future.

The United States pulled out of the Trans-Pacific Partnership, so now Saudi leaders are leaning towards Asia and the Pacific Ocean.

Saudi leaders are also keen to combat terrorism. During his Asian tour, the King is eager to get involved with intelligence and information sharing. Indonesia is of particular interest because it is the most populated Muslim-majority nation and has been a target for Islamic extremist terrorists.

An official of the Cooperation Council for the Arab States of the Gulf (GCC) said that the King’s travel is strategic in nature too. The official said that Saudi Arabia is keen for Asian countries to cease dealing with Iran in business matters. Experts are pointing out that Saudi Foreign Minister Adel al-Jubeir recently took an unexpected trip to Baghdad to urge Iraqi Prime Minister Haidar Abadi “to shift Baghdad away from Iran’s grip”.

It has been reported that King Salman has made it clear to hosts in the Asian countries that he is visiting that any dealings with Iran will be closely look at. China’s support for Iran, for example, is not serving Saudi interests at the minute.

King Salman is also using the visit as an opportunity to change Saudi foreign policy, mainly by being more decisive and firm in relations with other countries. The Kingdom is keen to isolate Iran and is looking at its Asian partners to support this.