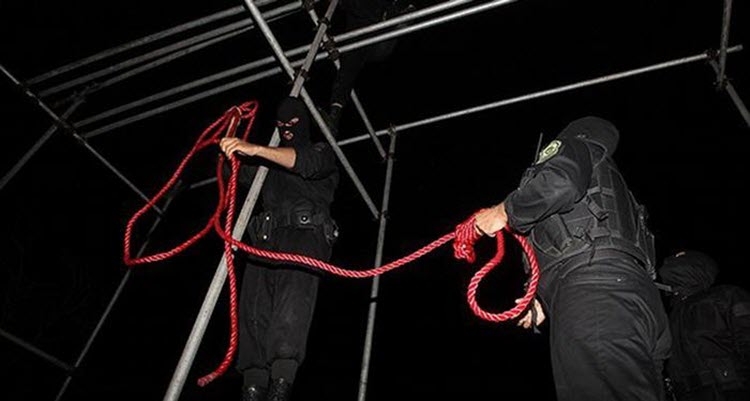 The Iranian regime are continuing to relentlessly and brutally hang the Iranian people, reports the National Council of Resistance of Iran (NCRI).

Two more prisoners were hanged on Tuesday 3rd May by Iran’s fundamentalist regime. These hangings took place in the north-western city of Ardebil.

These two hangings of so-far unnamed prisoners were confirmed by the regime’s judiciary in Ardebil Province. The hangings took place in Ardebil Central Prison.

In another incident, two young prisoners were hanged in the north-eastern city of Mashhad earlier this week. Again unnamed, the two prisoners, aged just 25 and 28, were hanged on Sunday 1st May in Mashhad Central Prison.

In Hamedan Province, western Iran, another prisoner identified by the initials M. R., was hanged in Nahavand’s central prison.

It has been reported that three prisoners on death row in Qezelhesar Prison in Karaj, west of Tehran, and one death-row prisoner in Greater Tehran Prison (Fashafouye Prison) had been transferred to solitary confinement to await imminent execution. They were identified as Ahmad al-Tafi, Abdolhamid Baqeri, Majid Imani, and Reza Hosseini.

This brings the total number of executions in Iran since 10th April to at least 57. Among these were at least three women and one juvenile offender.

Mohammad Mohaddessin, chairman of the Foreign Affairs Committee of the NCRI, speaking about the rise in number of executions last week, highlighted that dozens of people have been executed in Iran during the month of April, both during and following visits to Iran by the Prime Minister of Italy and the EU foreign policy chief. Mohaddessin emphasised that this indicated that the visits have failed to improve the human rights situation in Iran. In fact, he said, the visits have just given a “message of silence and inaction to the mullahs” which serves to embolden the regime.

In a statement on 13th April, the NCRI also said that the visits by high-ranking officials have made no difference to the “medieval regime” which continues to execute the people of Iran and demonstrates that their claims of being “moderate” are nothing but a lie.