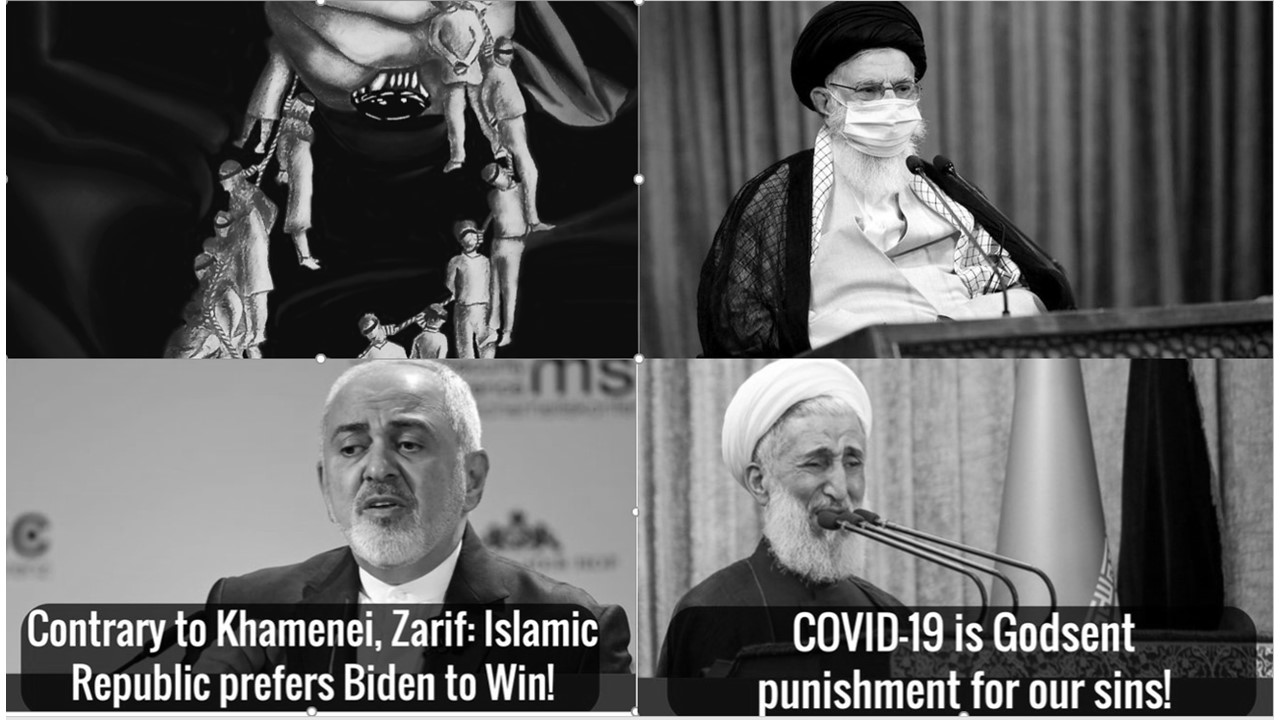 State-run media sites in Iran have been busy recently commenting on the series of crises engulfing the current regime.

The state-run daily Mardom Salari published an article on October 27th about the revelations by the (PMOI / MEK Iran) concerning Iran’s nuclear development:  “At a time when [Foreign Minister Mohammad Javad] Zarif’s trip to Moscow, his meeting with Lavrov, and Lavrov’s extensive contacts with Berlin, Paris, and London had paved the way for this heavy-handed formation, the [People’s Mojahedin Organization] put their claim on the desk in the most critical moments that this formation was about to take shape.”

5) .@A_Jafarzadeh: Thus, the JCOPA notwithstanding, the Ministry of Defense and the IRGC have maintained their capabilities to build nuclear weapon.#Nuclear #Iranhttps://t.co/4Cn2b4uMtl

“They claimed that our country was building a nuclear weapon at two undeclared sites in Sorkheh Hesar and Abadeh. This is where we see the great international alignment centered on Europe, Russia, and China, which was against U.S. policies, against the [system] was taking shape, it suddenly stopped and has been archived to this day. Moreover, even the European media widely covered the (PMOI / MEK Iran) conference and fanned the flames of their diplomatic sedition.”

Recently, many of the state-run media’s publications are showing how they fear the key role played by #MEK #Iran and its Resistance Units throughout last November’s uprising.https://t.co/0PFE0qSbUV #WeStand4FreeIran #FreeIran2020 pic.twitter.com/E65XBkgo6e

Meanwhile, the Khamenei faction affiliated Resalat daily published an article on October 27th about last year’s November uprising: “The implementation of the tripling of the price of gasoline and its quotas had consequences, and retreating from this decision had far more dangerous consequences. Dissatisfaction and possible protests were activated inside Iran. November 2019 provided a platform for these cadres to enter the field. In many centers of insurgency and protest, people with previous history and team cadres (PMOI / MEK Iran) were present. Demolition reached one of the highest volumes in three decades in small towns and suburbs.”

The regime in crisis according to its own media outlets

In the October 27th edition of Jahan-e-Sanat, another state-run daily, there was this comment: “In our country, there are various reasons for the rise in the death toll from the coronavirus, the most important of which, apart from economic and livelihood problems, is the weakening of large social capital, i.e. people’s trust in the words and actions of the government and statesmen. Here, the government asks business owners to close their businesses and stay at home and promises financial support to the people. Not only does it not live up to its promise, but its promises of support to the people disappear in the maze of the state bureaucracy.”

On the same day as the other media articles, the Shargh daily published this article about Iran’s woeful economic situation: “In the case of sanctions and lack of oil revenues, it is natural that the current problems arise and the immediate solution is to return to the past, that is, to sell oil and sell more currency domestically and for import, and this is apparently not possible, because it requires compromise with bullies. When ten years of sanctions are assumed, design the real-life system in sanctions and tell people honestly and explain the resistance.”

Iranian state-run media highlight the regime's social, economic, and political dilemmas, putting the ruling system on the verge of collapse.#WeStand4FreeIranhttps://t.co/qCuXocnCps

The Keyhan daily, another Khamanei affiliated media outlet, had this to say on October 27th about the differences between the two U.S. presidential contenders: “They take different positions even when they reach the ‘system,’ but this difference of position is by no means in their ‘goal.’ Because they are enemies, they differ only in the ‘method of enmity’ with (the system). One says, ‘it should be restrained’ with JCPOA, another says, ‘it should be restrained’ with new negotiation.”

The Mostaghel online site gave a disturbingly revealing account of the effects on Iranian society after the damage the state security forces did recently on the streets of Abadan, Esfarayen, and Mashhad: “Breaking the ugliness of physical attacks with people in public automatically creates the suspicion that something more terrifying is happening behind closed doors. The souls of the people are greatly disturbed by the constant onslaught of such news. Concealment, projection, intimidation, lack of follow-up, and indifference to the sensitivity of public opinion in this regard will certainly have a disappointing effect on the record.”