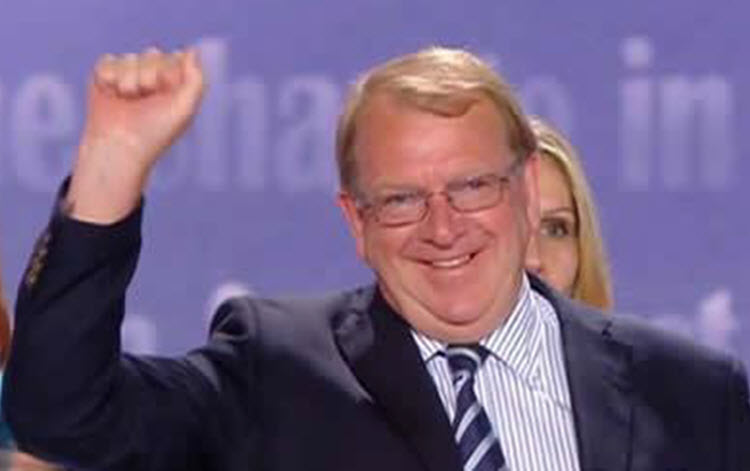 On 15th October 2016, Struan Stevenson, President of the European Iraqi Freedom Association (EIFA), gave a speech at the University of California in Berkeley.

He reminded the audience that he has first-hand experience of the Iranian regime and the policy of appeasement by the West as he visited the region during his time as President of the Delegation for Relations with Iraq. He also was able to see for himself the “Iraqi government’s repeated attempts to annihilate the defenceless PMOI (MEK) refugees in Camp Ashraf and Camp Liberty, under the guidance of the Iranian regime, while the US, UN and EU stood back apathetically and watched, in a classic act of betrayal”.

Mr Stevenson said that “we” are still “spellbound” by Iran. He points out that many westerners believe that Iran’s interventions in other countries are due to the regime’s strength, yet it is actually the opposite that is true – the regime is “weak” and vulnerable”. Being tougher with the mullahs instead of giving them concessions is what should be done because it would exploit their weaknesses.

Following the nuclear deal, nothing has been resolved economically. The regime has used the money they got as a result of the deal on terrorism – not on its own people.

Mr Stevenson highlighted that the Iranian regime is already in breach of the nuclear deal because it has already test-fired several missiles (that were marked with “Israel must be wiped out”). Now Russia has sent its first shipment of missiles to Iran.

Iran’s main export is terror, said Mr Stevenson. “We should wake up! The ‘smiling’, ‘moderate’ Rouhani is in charge of a venally corrupt government, which has executed nearly 3,000 people since he took office in 2013. Mass hangings are now the order of the day. Many are done in public, even in football stadiums. But this should come as no surprise.”

He also pointed out that some of the officials in charge during the 1988 massacre of 30,000 political prisoners are still in power today, yet no one has been brought to justice. “Twenty-eight years on from this barbaric crime, international condemnation has been slow to emerge.”

Mr Stevenson said that the West is set on overlooking what could be described as “one of the greatest human rights outrage since the end of World War II”, just so it can do business with Iran. “If the UN is to retain any shred of legitimacy it must immediately launch a full and independent investigation into this appalling crime and insist on the arrest and trial for crimes against humanity of Khamenei, Rouhani and all of the other murderers whose bloodstained hands the West continues to shake.”

The regime condones torture and arbitrary imprisonment, persecutes women, carries out public floggings, amputations, eye-gouging, stoning to death, hanging and so on, in order to terrorise its own population into “docile submission”.

“It is time we woke up to the fact that as long as the mullahs remain in power there will be no possibility of peace in the Middle East. The mullahs will always be the problem. They can never be part of the solution.”

Mr Stevenson mentioned the PMOI (MEK) members who have recently been released from Camp Liberty. He said that he is “extremely happy” that they are all safe in Europe, mostly Albania. He commended the residents for their extreme courage that has been seen over the very long years. He also commended Albania, “tiny Albania”, for saving the PMOI (MEK) members “against a backlash of fury from Tehran”, saying it should be “a lesson to us all”. He also expressed his disappointment at how little the US and EU have contributed to this.  “The mullahs wanted to eliminate all of the people in Liberty or make them surrender, so it was a terrific victory to see all of the remaining Ashrafis flown out to Albania.”

“Now that the residents of Camp Liberty are safe, we can turn all of our attention and focus all of our energy on regime change in Iran.”

His full speech can be read on the National Council of Resistance of Iran’s (NCRI) website.