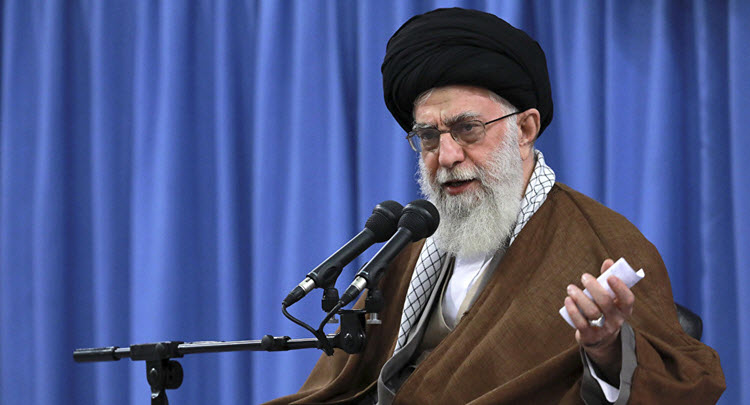 The new US President and his administration have made no secret about its opinions of Iran’s clerical regime and the Iran nuclear deal that was signed during President Obama’s time in office.

James Mattis, the US Secretary of Defense, said that Iran spreads and sponsors terrorism across the region and further and the White House declared that military action is still on the table when it comes to confronting Iran’s aggressiveness.

The Obama administration appeased the Iranian regime and gave it concession after concession. If threats were made, they were empty. The Iranian regime thus continued to spread terrorism and become further embroiled in conflicts in the region, all the time safe in the knowledge that it would face no consequences.

However, this changed very quickly when President Trump took office. Accustomed to empty threats, the Iranian regime tried to test the resolve of the President by test-firing a ballistic missile. The White House reacted quickly with sanctions and warned that Iran was “on notice”. A cancelled test-fire a few weeks ago indicates that Iran was shaken.

Supreme Leader of Iran, Ayatollah Ali Khamenei, recently made a statement declaring his ambivalence towards the American President. He said: “I do not fear Trump. We must thank the new American president because he showed the real face of America and because he exposed what we have been saying for decades about the political, moral and economic corruption in it.”

This is undoubtedly false bravado. The United States is starting to re-engage in crises affecting the world after years of isolating itself.

President Trump believes that his task regarding foreign policy has been made more difficult because of his predecessor’s legacy which he claims was negligent. The issues have spiralled out of control and now Iran has a huge and destructive involvement in Syria.

The Iranian regime has been involved in terrorism such as bombing embassies and carrying out assassinations of members of the Iranian resistance.

A media and cultural consultant of the Revolutionary Guards, Hamid Reza, dismissed the new US President and said that his time in office is like the election campaign – surrounded by media fuss. Reza criticised his vagueness regarding policies at home and abroad.

Whatever vagueness there is, one thing is clear – Iranian terrorism is going to be tackled by the Trump administration. And now is the time for it to be dealt with once and for all because there is unprecedented domestic unrest, poverty and economic crisis in Iran. It appears that the threats made by Iran’s Supreme Leader will not change anything.