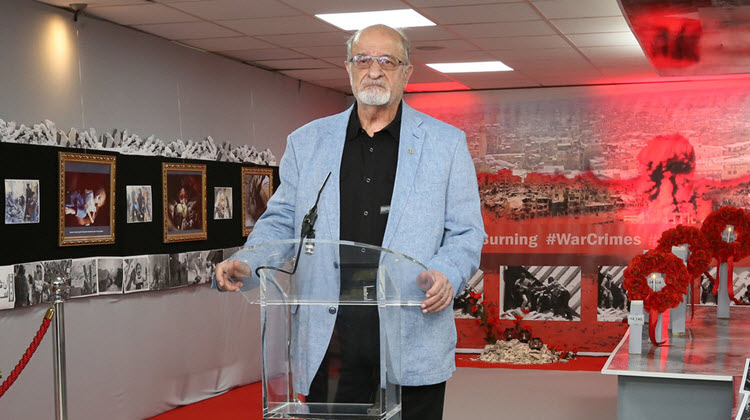 Haitham al-Maleh, Chairman of the legal committee of the National Coalition for Syrian Revolutionary and Opposition Forces, wrote a piece for The Hill on Wednesday 22, June.

He wrote about a meeting he attended between Syrian Resistance fighters and officials from the National Council of Resistance of Iran (NCRI). At the meeting, held on June 11, the resistance groups concluded that the dictatorships are dependent on each other; therefore, if one despotic regime were to fall, the other would shortly follow.

Dr. Nasr al-Hariri, the former Secretary General of Syria’s National Coalition, pointed out that the Iranian regime is clearly afraid of the consequences of a defeat for Bashar al-Assad’s armies in Syria, which is why they are supplying troops for him.

Maleh said: “The prospect for the overthrow of Iran’s fundamentalist Islamic theocracy gives even greater meaning to our own struggle in Syria. The end of that regime would be an avowedly positive thing not just for the Iranian people and not just for the Syrian people who are suffering under Iran’s destructive influence, but also for the whole of the world.”

He talked about Iran’s role as the “foremost sponsor of terrorism” and how Iran has prolonged the Syrian civil war, leading to nearly a quarter of a million more deaths. If the Iranian military had stayed in Iran, Maleh said that they could have been fighting the rise of ISIS.

Maleh said: “Indeed, some Western policymakers seem to have been approaching the crisis as the choice of whatever they perceive as the lesser of two evils in the competition between the Iranian-backed Shiite extremists and the Sunni ISIS extremists. And with the Islamic State dominating global headlines for so long, to some in the West Shiite Iran was widely regarded as the less harmful ally of convenience. This goes a long way toward explaining NCRI President Maryam Rajavi’s assessment of the situation when she said that global powers were either standing on the side of the murderous Assad or remaining passive in the face of persistent death and destruction.”

The NCRI is holding a rally in Paris on July 9, in which leading figures from the Iranian and Syrian resistance forces will come together to speak out against the evils that are being hidden in plain sight by the regimes

Sympathetic policymakers from Europe and the USA will be in attendance and it is hoped that they will return to their government incensed by the human rights abuses and ready to work towards a people’s revolution in the middle-east.