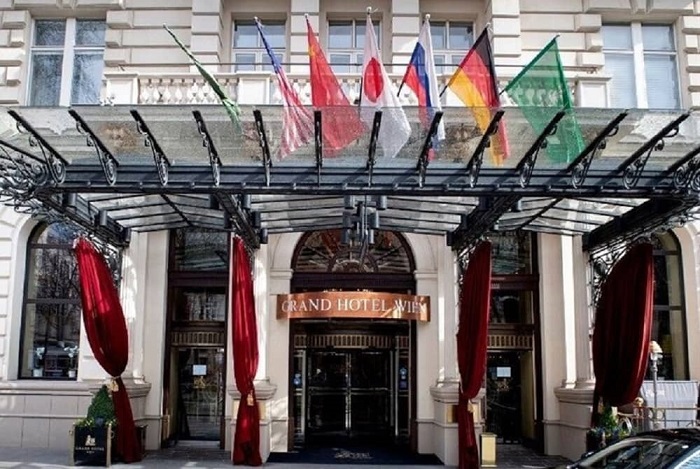 The talks began in April 2021 and were only resumed for two days at the end of June, after a nearly four-month pause caused by Tehran’s refusal to back down from irrelevant demands or engage in direct talks with the US.

He pointed out that the regime’s actions suggested it believed the US and the three European signatories to the agreement—Britain, France, and Germany—would “add something to the pot,” which would make the outcomes of a revived agreement even more favorable to Iran.

Josep Borrell, the head of foreign policy for the European Union, ostensibly ruled out the possibility of further concessions last week when he unveiled a new draft text and declared that it was the best offer the Iranian regime had ever received.

But Tehran appeared to reject the latest draft, just as it had done with a previous one that reportedly was on the table when the talks broke down in Vienna in March. The regime’s negotiators were reportedly told at the time that they wouldn’t be sent back to the capital of Austria to reach an agreement on the regime’s terms until the United States gave in to all of its demands, including the demand that the terrorist Revolutionary Guards be taken off the State Department’s list of foreign terrorist organizations.

The regime’s spokesman for the foreign ministry, Nasser Kanani, responded to the new draft by saying, “It is possible that in the near future we can reach a conclusion regarding the timetable for the negotiations,” before restating the claim that only Western nations are to blame for the delays. Kanani came to the conclusion that the likelihood of a return to Vienna or Doha “depends entirely on the willingness of the other side, especially the American side,” without acknowledging Tehran’s prior rejection of further negotiations.

The regime’s former nuclear extortion campaign, which called for the US to simply accept all outstanding demands and conclude the deal on the mullahs’ terms, is starkly at odds with such references to future rounds of negotiations. However, the most recent comments from Kanani and others suggest that the regime is actively prolonging the negotiation process while looking for new concessions in order to avoid reimposing restrictions on its nuclear activity and delaying the resumption of harsh international sanctions.

The National Council of Resistance of Iran (NCRI) Chairman of the Foreign Affairs Committee, Mr. Mohammad Mohaddessin, emphasized that “the regime will not relinquish nuclear weapons. Its officials talk of bomb production.”

Recently, officials of the regime, paramilitary members, and media outlets have started bragging that Iran’s theocracy is effectively at the point where it can produce nuclear weapons.

Additionally, some commentators have argued that by boasting about its ongoing nuclear advancements, the regime is essentially admitting that nuclear negotiations will fail and that full-scale sanctions will eventually be reinstated. However, it is also possible that the regime is genuinely hoping that by threatening an intentional nuclear accident, the US and the EU will “add something to the pot” rather than risking the possibility of having to take military action to avert that outcome.

As Mr. Mohaddessin stated, “Signs of regime’s overthrow seen in protests & Resistance Units’ campaigns in Iran,” Western powers should take note that the regime’s threats are not coming from a position of strength. The regime seeks a nuclear bomb for survival. With talks, they seek time. Talks were not constructive with Hitler, nor will they be with Tehran. This is against international peace and security.”