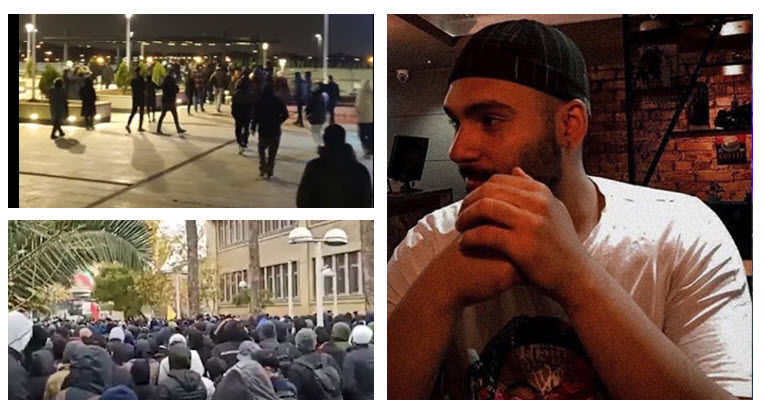 “Mohsen Shekari, a ‘rioter’ who blocked Tehran’s Sattarkhan street on September 25 and injured one of the security agents, was executed this morning,” Mizan wrote.

The execution comes as other detainees face the death penalty for their roles in the protests that erupted in the aftermath of Mahsa Amini’s heinous death in police custody in mid-September. Observers believe that this wave of protests is the regime’s most serious challenge since 1979.

Notably, after more than three months, the regime has yet to quell protests. Protests in Iran have to this day expanded to at least 280 cities. Over 700 people have been killed and more than 30,000 are arrested by the regime’s forces, according to sources of the Iranian opposition People’s Mojahedin of Iran (PMOI/MEK). The names of 565 killed protesters have been published by the MEK.

“It’s no longer protests; it’s a revolution,” protesters chant alongside other slogans against Supreme Leader Ali Khamenei and the Revolutionary Guards, demonstrating their determination to destabilize the theocracy.

According to activists, this is the regime’s final tool for intimidating protesters. However, it inflamed public rage and hatred for the entire regime. “How can you kill a young man for blocking a street while refusing to prosecute those responsible for the deaths of hundreds of citizens in Zahedan?” referring to the regime’s September 30 massacre of worshippers in Zahedan.

Iranian opposition coalition National Council of Resistance of Iran (NCRI), strongly condemned the criminal execution. “This crime demonstrates the regime’s fear in the face of the uprising; youths will not go unpunished,” said NCRI President-elect Maryam Rajavi. “International call for regime embassies to be closed, diplomats, Revolutionary Guards, and Intelligence Ministry agents expelled, and regime embassies to be closed.”