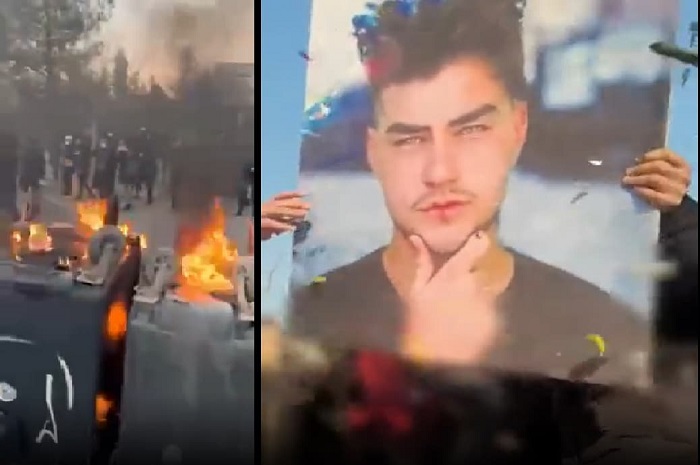 Tehran residents gathered outside Hamidreza Rouhi’s house to pay tribute to him on his 40th day of martyrdom. The defiant youths torched the banners of Qassem Soleimani, former Quds force Commander, on the Yadegar Highway in Tehran and in Fardis of Karaj.

On Thursday morning, young people in Tehran set fire to the office of the Basij at North Tehran Azad University with Molotov cocktails.

Simultaneous with memorial ceremonies of martyrs in Tehran, Dehgolan, Izeh, Marvdasht, Semirom, and Ahvaz, the people of Qazvin attended the memorial ceremony of Mehrdad Malek chanting “Death to the child-killer rulers.” Mehrdad Malek, a 17-year-old teenager, was killed on Monday, December 26, when agents of the State Security Force (SSF) opened fire on the car in which he was going home.