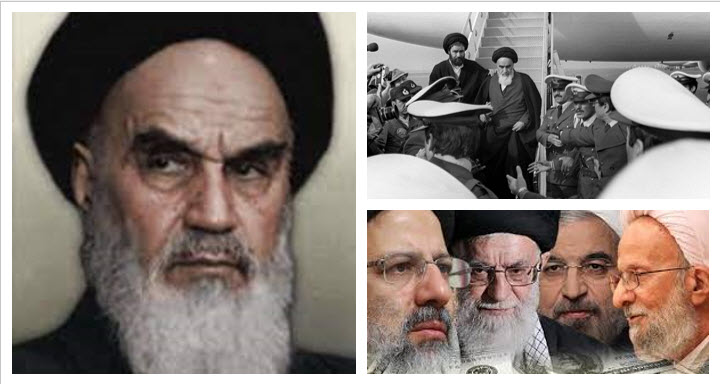 When the monarchical dictatorship in Iran was overthrown in 1979, Ruhollah Khomeini, a cleric who had never served a small community, let alone a country of more than 30 million people at the time, took advantage of the political vacuum and seized the throne without opposition. He promised political and social liberties, economic equality, and the rebuilding of the country while in exile in Paris.

Khomeini called on Iraqis to overthrow the government soon after the revolution and did everything he could to anger the country’s western neighbor. This sparked an eight-year conflict that claimed the lives of two million Iranians. “Divine a blessing,” Khomeini said, vowing to “liberate Jerusalem via Karbala.”

The violent battle came to an end on July 12, 1982, when Iraqi forces withdrew from Iranian territory and the United Nations Security Council approved Resolution 514. However, no international or domestic delegation was able to persuade Khomeini to give up “the blessing” for the following six years.

The Iranian Resistance, which has its headquarters in Paris, has launched an international campaign to end the unnecessary and unpatriotic war. 5,000 internationally renowned dignitaries and parliamentarians from 57 countries, including some who would later become heads of state, joined their voices to end the bloodshed that had claimed hundreds of thousands of lives and squandered billions of dollars on both sides. Those calls, however, were ignored in Tehran, as was to be expected.

The National Council of Resistance of Iran (NCRI), signed a peace accord with the Iraqi government seven months after the Iraqis left Iranian soil and stated their willingness to accept the UNSC decision, demonstrating that a durable peace is possible. Those in command of the country, who are responsible for the country’s lost blood and treasure, slammed the proposal, calling the People’s Mojahedin of Iran (PMOI / MEK Iran), “traitors who are selling the country to the Ba’ath regime.”

In June 1986, four years after Iraq withdrew from Iranian territory and announced its readiness to reach a negotiated settlement of the conflict, the MEK relocated its headquarters to Iraq, formed the National Liberation Army (NLA), and appealed to all Iranians who could carry arms to join its ranks against Iran’s ruling dictatorship. Khomeini announced his willingness to accept UNSC Resolution 598 on July 18, 1988, a month after the NLA liberated the border city of Mehran and routed the Army’s much-touted 16th Qazvin armored division and the IRGC’s 11th ‘Amir al-Mo’menin division.

Khomeini showed his intense bitterness by likening his decision to stop the war to “drinking a chalice of poison.” Less than one year later, on July 3, 1989, Khomeini died, and his successors have yet to sign a formal peace treaty with Iraq.

The Iranian regime has been the world’s most active state sponsor of terrorism since its establishment, responsible for some of the world’s worst attacks. Tehran’s funding, militias, arms, and hard-line ideology have an impact on almost every hotspot in the Middle East. Khomeini’s reign of terror began in June 1981, when he suppressed all forms of peaceful political activity and unleashed his reign of terror, during which tens of thousands of dissidents were apprehended and executed without trial.

Despite being subjected to an unlawful crackdown as part of the West’s appeasement policy toward the dictatorship, the Iranian Resistance emerged as the most powerful force capable of dealing the regime with the most devastating intellectual, political, and cultural blows. On February 16, 1984, Massoud Rajavi, Chairman of the NCRI, informed reporters of an agreement between the Iraqi government and the Iranian Resistance to halt all bombings of civilian areas for at least one week, allowing for negotiations and long-term peace.

Massoud Rajavi, leader of the Iranian people’s Mujahedeen’s and President of the National Council of  Iranian Resistance gave a press conference about the (NCRI) peace plan.