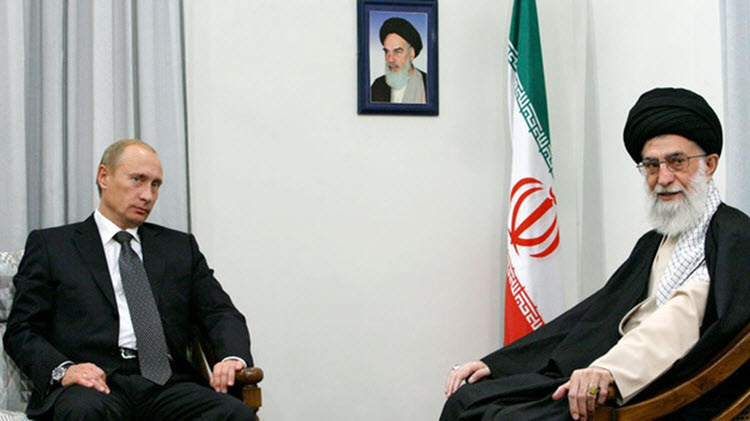 Following the US decision to launch a military strike in Syria, relations between Iran and Russia have been strengthening. The Defence Minister of Iran is expected to go to Russia before the end of April to discuss military cooperation.

They want their military cooperation to show strength and to deter the US from taking action in the Middle East.

Relations have been evolving between the two countries since the Iran nuclear deal was signed. Russia delivered a weapon’s order including a missile defence system. They have also made numerous military deals in the past few months and it looks set to strengthen now that the Trump administration has expressed intentions to launch strikes against the Syrian regime.

Leaders in Iran have also expressed that it is a high priority for the country to strengthen ties with Russia. Mehdi Sanaei, the Iranian Ambassador to Russia, said that President Hassan Rouhani’s visit to Russia on 28th March “was another step toward developing extensive cooperation between Moscow and Tehran. We hope that we will witness even broader bilateral ties across all areas in the future.”

The Ambassador also spoke about the Russian-made S-300 missile system that was delivered recently, saying that it is a great asset for the country as it will serve as a major deterrence and will be used to intimidate US forces in the region. The delivery is also an indication that Russia has invested interest in Iran, said the Ambassador.

Analysts and experts believe that Iran and Russia will become even stronger allies with the increasing pressure on Syrian dictator Assad, but they also warn that it is a fragile alliance that is based on convenience.

Both countries have the common goal of keeping Assad in power in Syria at any expense. However, they have different visions of the end goal and it remains to be seen what the role of the other will be.

For now, both Russia and Iran are making sure that the appearance of a strong and united front is visible.

A senior Iran analyst at FDD, Behnam Ben Taleblu, said that Russia sees Iran as a deterrent to the US in the region and will continue to keep this alliance going for as long as necessary.

In return, Iran sees Russia as an ally that can help in terms of nuclear technology and military capabilities. There have been a few deals in recent years to build light water nuclear reactors in Iran.