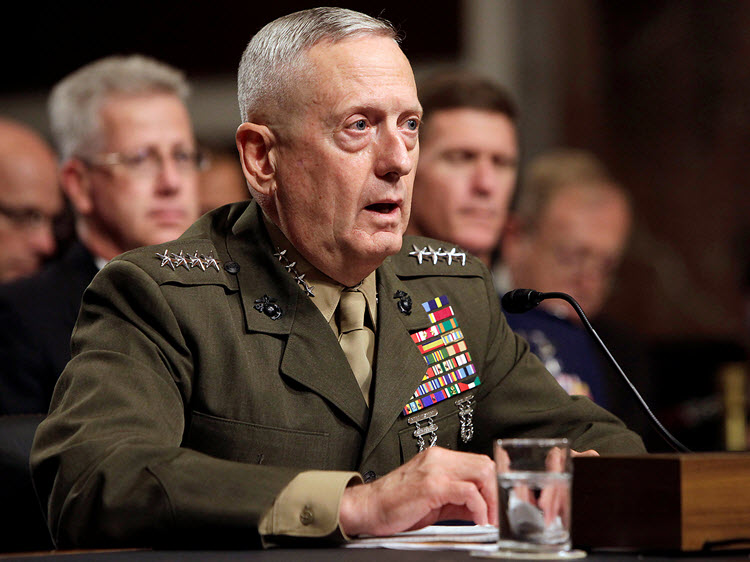 The newly elected president of the U.S. Donald Trump is known for his opposing views to the U.S-Iran Nuclear deal and other Iran appeasement policies. He has now nominated James Mattis, the retired Marine General as his Secretary of Defence. This is likely to stir the waters even more.

Mr Mattis is known for his opposition to the U.S. policies on Iran even under Barack Obama’s administration. As the Daily Caller put it, Mr Mattis has been accused of being “too hawkish on Iran.”

He said earlier this year that Iran is “the single most enduring threat to stability and peace in the Middle East.”  Although Mr Mattis never openly opposed the U.S.-Iran Nuclear deal, he was known to having raised questions, addressing the long-time implications of the deal.

“What do you do with Iran once the nuclear issue is resolved and it remains a foe? What do you do if Iran then develops conventional capabilities that could make it hazardous for U.S. Navy ships to operate in the Persian Gulf?” These were just some of the questions that Mr Mattis raised to President Obama and his administration.

And these concerns are not without a good cause. While Mr Mattis was the CENTCOM commander, he predicted several confrontations between the U.S. and Iranian navy in the Persian gulf, which subsequently came true. The Iranian Revolutionary Guard Corps (IRGC) have also reportedly gone after a number of vessels since then.

And Mr Mattis is not the only one in Washington who is dubious about the deal. Mike Pence, the Vice President-elect has sworn that the U.S.-Iran deal would be “ripped up” after consulting the allies of the U.S. The deal was intended as a measure to prevent Iran from obtaining nuclear weapons. In exchange, economic sanctions on Iran were lifted that had crippled its economy in the past. Iran has always stood by their claims that their nuclear programme has always been intended for peaceful purposes only.

The deal has often been criticised as an appeasement policy, rather than a security measure, enabling the notorious regime of the mullahs to carry out their oppressive acts in their own country, and military operations outside of their borders to further destabilise the Middle East.

The Iranian President Hassan Rouhani seems to be confident in the deal. He is reported to have told his cabinet that “Iran’s understanding in the nuclear deal was that the accord was not concluded with one country or government but was approved by a resolution of the UN Security Council and there is no possibility that it can be changed by a single government.”

Originally, the U.S.-Iran Nuclear deal was signed by other countries, outside of Iran and the U.S., including France, China, Germany, the United Kingdom and Russia. However, Mark Toner, the spokesman for the Department of State, reminded reporters that the deal had power only as long as all the parties involved uphold its statutes.