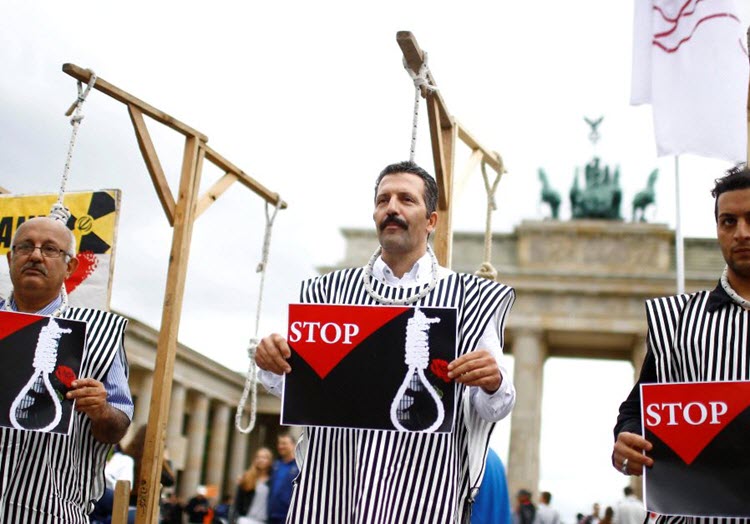 In an article by Seth J. Frantzman, a Jerusalem-based commentator on Middle East politics, published on January 11 in the Jerusalem Post, he writes that there are no reformers in the Iranian regime. “There are only militarists, theocrats, nationalists, extremists, the extreme right, the populist right, the fundamentalists, the Inquisition leaders, and floggers and executioners,” he says.

He continues, by saying that the ‘reformers’ have done little with so much. There is a narrative being told that claims the ‘reformers’ are winning, if you believe the news about Iran. Hassan Rouhani presidential win in 2013, had The Guardian claiming that “moderate candidate secures surprise victory.” His victory “delighted reformers who have been desperate for a return to the forefront of politics after eight acrimonious years under Mahmud Ahmadinejad.”

The ‘reformers’ were still winning elections in February.  The Huffington Post wrote that ‘moderates and reformers’ made major advances in parliamentary elections in 2016. “A loosening of control by the anti-Western hardliners who currently dominate the 290-seat parliament could strengthen [Rouhani’s] hand.”

When former Iranian president Akbar Hashem Rafsanjani died last weekend, Western media once again claimed that, this was a ‘big blow to moderates and reformists,’ according to CNBC reports, because Rafsanjani was the “most influential supporter” of reforms among the Islamic establishment.

Now the ‘reformers’ have another excuse about why there are no reforms. Rafsanjani’s death “heightens concerns for reformers at a time when morale is is rising among hardliners because of Donald Trump’s election as US president,” Reuters reported on Tuesday. Their reason is that Trump’s policies will “undermine reformers’ attempts to build bridges with Washington.”

Frantzman writes that it almost seems every western news agency and major media outlet receives talking points from some unseen super-news media word database. “When writing about Iran there are two political parties, the reformers or moderates and the hard-liners, use these key words when describing everything,” he says.

Since we see no reforms in Iran, Frantzman concludes that there are no reformers in Iran. “What ‘reforms’ are there?” he asks. “Are women allowed to dress as they want?”

NPR reported in May 2016 that “spring means the morality police are out in force, in Tehran.  Some 7,000 undercover police known as ‘Gashte Ershad’ were deployed to find “immorally” dressed women who “don’t follow the conservative Islamic modes of dress and behavior.”  Frantzman says that the NPR report was misleading, because it’s not about “conservative Islamic modes” of dress, what it’s really about is legally enforcing certain types of dress. The law forces women to cover up. The article claimed that liberal Iranians were disappointed that Rouhani had not “been able to fulfill a campaign promise to bring relief from the morality police.”  Women are still being arrested by police, charged for improper dress.

People still hang in Iran, as well, under the moderate and ‘reformers’. The BBC reported that a 22 year old woman was about to be hung in October, but it was delayed because she got pregnant in prison.

Iran also hangs minorities. In August of 2016 at least twenty Kurdish men were put to death in a  mass execution for crimes that they may or may not have committed. They are just a small number of the Kurds who are brutalized by the regime’s “reforms.”

Women trying to attend volleyball games are jailed. Journalists are jailed, and so are activists. People who danced in the video “Happy” were whipped 91 times. Frantzman again asks, “Was it a ‘moderate’ lashing?  Was it a reformed type of whip used?”  Being whipped for singing is reminiscent of the 15th century Inquisition, is that a ‘reform’?

Foreign politicians cover their hair when they go to Iran. Journalists who parrot these ‘moderates’ feed a regime-supported narrative. Frantzman writes, “The Iranian government wants the West to believe there are moderates, so it can do a bait and switch with the West by trotting out the ‘moderate’ to negotiate, sending foreign minister cherub-faced Mohammed Javad Zarif to charm the EU, while the ‘hard liners’ hold the strings. It’s like good-cop/bad-cop in Tehran.  And everyone buys into it. There are no moderates. There are no reformers.  The new story Tehran is pushing is that Donald Trump will erode the influence of the moderates.  If a regime always has to threaten you that its ‘liberals’ will be eroded by some foreign election, then it means there are no liberals in the first place.”

There are Iranian liberals among the people. There are many Iranian reformers among the long-persecuted minorities, such as Kurds, Baloch, Arabs, Azeris, Bahai and others. However, they have no influence and, most important, no rights — not of free speech, to form political organizations, to sing or dance, or even to speak out.

Iran has succeeded in alleging that reformers exist, and this is evidence of how well it has influenced others. Frantzman writes that, “There is no difference between Iran’s government and the governments of the 15th century in Spain that were run by the Inquisition. Maybe deep within the soul of Spain in the 15th century the liberal 20th century Spain was begging to get out. But the reality is that such liberalism and moderation is so far from the surface, has so little impact and is of so little importance, that it is ridiculous to speak of it being in power.”

It may well be that Rafansjani was better than others. The public turnout in Iran shows he was much loved. Yet, until there are real reforms in Iran, and freedoms for average people, freedom for women and minorities, the regime must be held accountable for the reality that exists.