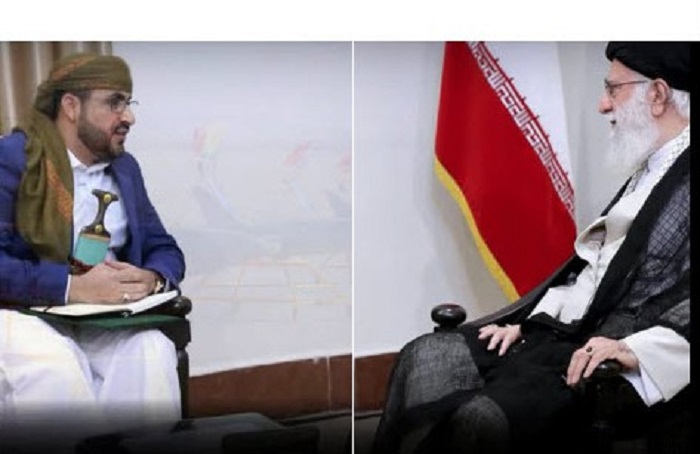 The Iranian leadership has been actively creating a foothold in Yemen since 1991, drawing on knowledge gained through years of meddling in Lebanon and launching the Hezbollah terrorist group. Tehran’s Yemen campaign began with a focus on building a strong relationship with the Al-Houthi family., the head of Yemeni rebels based in Sa’deh, has risen to the position of the spiritual leader of the group. In the early 1990s, Tehran essentially recruited him, and so, the regime began pushing its fundamentalist agenda in Yemen.

Hossein Al-Houthi, who had already established Yemen’s Society of Young Believers (SYB) and was working in tandem with the country’s central government in the aftermath of September 11, 2001, steered his organization toward adopting anti-American slogans similar to those chanted by the Iranian regime to this day. The SYB began to escalate its anti-American actions, launching “Death to America” and “Death to Israel” slogans in mosques where they had influence.

Around 650 SYB members were jailed by the Yemeni government in 2003, prompting Al-Houthi to pick up guns and revolt against the government. In 2004, the Yemeni military assassinated him.

Following his brother’s death, Abdulmaleh Al-Houthi assumed command of the group on September 10, 2004, and has remained in charge ever since. Ruhollah Khomeini, the founder of the mullahs’ dictatorship in Iran, has long influenced him, and Tehran has been grooming Al-Houthi to become for Yemen what Hassan Nasrallah is for Hezbollah in Lebanon.

Tehran has been able to forge solid ties between the SYB and Hezbollah over the years. The ICCO published a report in December 2010 detailing the Iranian regime’s influence over the Houthis: “Badruddin Al-Houthi, 90 years old, is a charismatic figure who serves as the al-Houthi movement’s Marja (source of emulation).” Abdulmalek’s older brother, Yahya al-Houthi, lives in Germany. He is in charge of the political and international campaigns of the insurgents.

“Badruddin and his sons, Hossein and Abdulmalek, visited the holy city of Qom in Iran. Abdulmalek stayed in Iran for over a year. Badruddin and Abdulmalek have converted to Shiism under the 12th Imam, but this information should not be made public. Badruddin stated in his testament, which was given to Ayatollah Mohammad Reza Jalali in Qom, that he had switched from Zaydi Shia to 12er Shia, but that this should not be made public until after his death.

A Yemeni cleric named Ossam al-Emad wields considerable power among the Yemenis in Qum who back Abdulmalek Al-Houthi. He was a Sunni Wahabi before converting to Shia Islam in Qom. The Quds Force of the Islamic Revolutionary Guards (IRGC) works closely with the Al-Houthis and provides them with military support. This friendship grew throughout Mahmoud Ahmadinejad’s presidency and continues to flourish today.

“There is no doubt that the Houthis in Yemen are one of the Iranian regime’s main proxy groups in the Middle East, through which the mullahs pursue their policies of exporting terrorism and fundamentalism. On February 6, Reuters stated, “The international community must adopt a tough stance to challenge the Iranian government as the world’s foremost state sponsor of terrorism.”