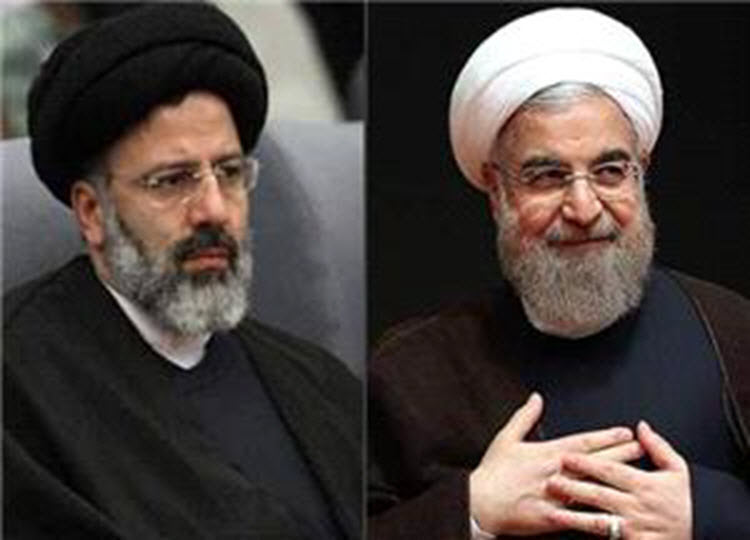 Iran’s state-controlled media has been dominated over that past several weeks by the presidential candidates making their case for the country’s presidency. However the media has ignored what the people of Iran really believe about the elections, which seems to be that they reject the ruling regime and its presidential nominees.

In a live televised debate on Friday, the candidates themselves gave reasons why there’s no real choice in Iran’s presidential elections. As they highlighted their opponents’ failures, the nominees, in effect, admitted that they’re all deeply involved in the regime’s suppression of the Iranian people and its plundering of the country’s wealth.

Incumbent Hassan Rouhani was blasted Mohammad Bagher Ghalibaf and Ebrahim Raisi, the main competitors. They emphasized his failure in dealing with the country’s economic woes.

Rouhani and his deputy, Eshaq Jahangiri (who has also registered in the race), retaliated with statements about his opponents’ involvement in embezzlement cases and human rights abuses. Rouhani himself and his cabinet have not been exempt from such accusations.

Ghalibaf, a former Revolutionary Guard commander, has allegedly boasted about his participation in cracking down on peaceful protests. Raisi is known for his role in the 1988 massacre of 30,000 political prisoners, most of whom were members and supporters of the MEK Iranian opposition group. Rouhani also has a violent background. More than 3,000 executions have been carried out, and freedom of expression and the press have deteriorated during his tenure.

The widening rift among the ruling class is on display in Iran. Supreme Leader Ali Khamenei and several top clerics, are warning that the infighting getting out of control.

In the meantime, the Iranian people have found ways to express their real beliefs about the elections. In spite of the danger, the angry citizens are putting up posters of opposition leaders and defacing those of the regime candidates. Activists are also using the widely used Telegram social media platform in Iran to broadcast videos revealing the backgrounds of the presidential candidates, their involvement in crimes against the Iranian people and plundering the country’s wealth. Hashtags becoming popular on Twitter, are in Persian but translate to “I won’t vote” and “My vote regime change”.

The regime is fearful over the amount of online and street activism. Warnings have been issued by Iran’s cyber-police and law enforcement, to no avail. During Friday’s live debate, Iranian activists denounced all candidates on the “Third Debate” hashtag on Twitter, which eventually topped the worldwide trends chart for several hours.  The people are making it clear that they’re fed up, and are casting their “real vote” in the streets and on social media.