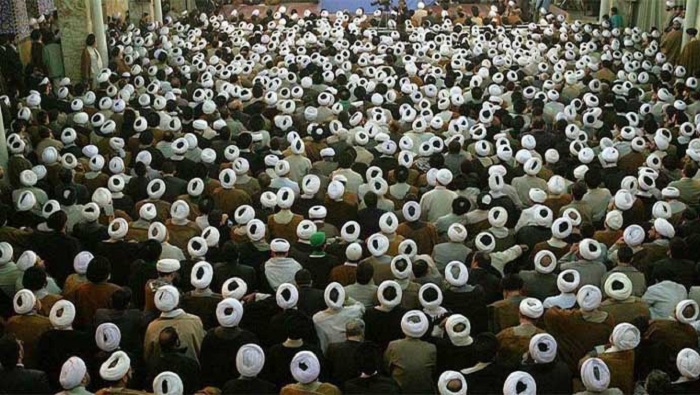 As a new strategy to impose even more control over the Iranian people, and the nation’s economy, the regime in charge of Iran has launched an initiative to place thousands of mullahs in various organizations across the country. According to State TV, this plan has recently gained momentum after starting two years ago.

Economic incentives are only one part of a larger picture that the regime’s Supreme Leader Ali Khamenei is pursuing with this initiative, which has multiple goals. The aim of this program is to place mullahs as “experts and religious counsels at police stations,” and a senior official has stated that the mullahs’ regime will benefit greatly from it.

Coincidentally, the “Islamic Banking Bill” was proposed and approved by the mullahs’ Majlis (parliament), and the Central Bank of the regime has issued directives for “religious supervisors stationed at all banks.” The “advisory mullahs” in charge of these crucial facilities in schools will have a lot of power.

Under this regime, mullahs are even now accepted as de facto medical professionals in Iran. Additionally, the regime is announcing the establishment of a “Psychology Commission and Advisory under the Teachings of Religious and Islamic Culture,” claiming that “the objective is to exert domestic potential by seeking personnel from the regime’s religious schools.”

The Iranian people are fully aware that for the past 43 years since the 1979 revolution, the mullahs’ regime has been enforcing their rule and interfering with all aspects of Iranian society. The mullahs are of the opinion that maintaining their regime requires exercising an iron fist, particularly through executions and torture.

This initiative signals the failure of Ebrahim Raisi’s presidency after only one year in office. To ensure that his regime remains united as it continues to deal with escalating domestic opposition and isolation abroad, Khamenei assisted Raisi’s ascent to power. Raisi, who is well-known for playing a crucial part in the 1988 massacre of political prisoners, represents the forty-year reign of terror by the mullahs. Even Raisi, however, was unable to help Khamenei strengthen his hold on power as he had hoped.

In addition to failing to stop protests, Raisi’s empty promises to lower prices, reopen the country’s closed factories, end unemployment, and build one million homes for those in need turned out to be nothing more than empty rhetoric, resulting in more demonstrations.

In their ongoing demonstrations, the Iranian people are calling out Raisi’s lies, demanding an explanation for his empty promises, and criticizing the country’s skyrocketing prices of various goods.

Even the state-run media has acknowledged Raisi’s shortcomings. The state-run Mostaghel daily on July 27 stated that Raisi’s plan to impose hijab (headscarf) rules and regulations might have been his only accomplishment. And it goes without saying that the mandatory headscarf law imposed by the mullahs, along with the numerous other measures of repression Raisi oversaw, has only served to inflame animosity among the Iranian populace.

This explains why Khamenei is now turning to new strategies after failing to consolidate power through, appointing the mullahs his last and dwindling bastion of support to crucial positions in an effort to keep control of Iran’s levers of power.