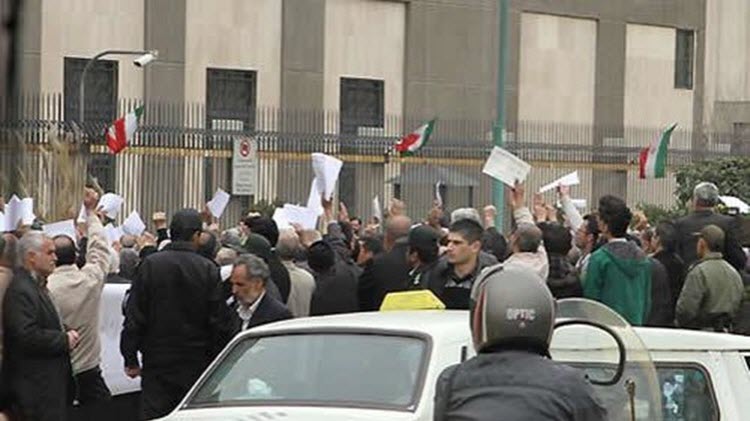 On Tuesday February 21, thousands of people rallied outside Iran’s parliament in Tehran. 1,000 retired nurses from across Iran held a gathering to protest and demand better pensions. Women consisted of the majority in this gathering.

Another 400 retired Interior Ministry workers from Khorasan Razavi Province, northeast Iran, also held a gathering at this site, protesting and holding placards written, “We demand pensions and insurance equal to other ministries.”

Around 150 teachers who retired in 2016 held a similar rally before the parliament.