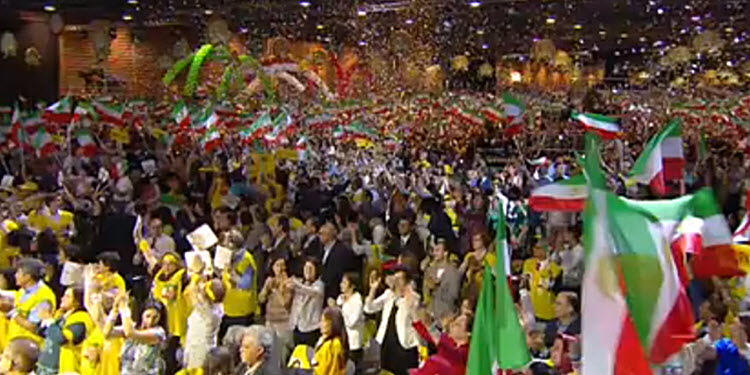 It is time for the West to listen to those who have experienced the Iranian regime’s abuses firsthand, argues Nasser Sharif, president of the California Society for Democracy in Iran. He made the argument in an op-ed published in The Orange County Register on Friday, June 10, 2016:

Although it came as little surprise to those who genuinely understand the nature of the Iranian regime, it was recently revealed that widely disseminated American narratives about Iran’s sudden moderation were merely convenient lies dispensed to the American people and to gullible policymakers and the media in order to drum up support for the 2015 Iran nuclear deal.

In interviews for a New York Times Magazine profile, White House foreign policy adviser Ben Rhodes recently admitted that bilateral talks over the future of the Iranian nuclear program actually began while hardline Iranian President Mahmoud Ahmadinejad was still in power. Still, when his successor, Hassan Rouhani, took the post in 2013, Rhodes branded it as a victory for “moderation” rationalizing nuclear talks.

This notion of moderation was the primary justification for a deal regarded by many commentators and some direct participants in the negotiations as a series of concessions to the Iranian regime, offered in exchange for very few assurances that the regime would not continue to pursue a nuclear weapon.

Critics’ concerns were buried under simplistic platitudes and – as we now know – outright falsehoods, in order to convince just enough Western policymakers and citizens that they were facing a choice between negotiations and war.

The Obama administration’s detractors were quick to discount these notions, and few of them did so with as much conviction and moral authority as the National Council of Resistance of Iran, which exposed the regime’s clandestine program in 2002.

The opposition has always maintained that Rouhani’s background leaves no doubt that he is a regime insider who has maintained allegiance to the ideology of the supreme leader throughout the decades.

Rouhani has overseen a sharp increase in executions, with nearly 2,700 executed during his tenure. At the same time, there have been mass arrests of journalists and activists, as well as escalating censorship and control over Iranians’ internet access.

All of these facts were inconvenient to the narrative supporting the nuclear agreement, and so they were downplayed or dismissed, and crucially important voices, like those of the NCRI, were suppressed. Last summer, a rally in Paris drew more than 100,000 Iranian expatriates and their supporters, including politicians, military figures and policy experts from the U.S. Britain, and a range of other Western countries.

The event certainly reached some policymakers with the message of the lack of prospects for moderation within the regime, and the weakness of the nuclear agreement. But that message would have reached many more if not for the fact that the media was largely deaf to it.

In his New York Times profile, Rhodes boasted of the ease with which the administration was able to shape the narrative, noting that today’s young journalists “literally know nothing” and derive their understanding of foreign affairs from whatever is told to them by the policymakers they interview. Apparently those journalists didn’t consider that those very same policymakers would simply lie to them to achieve their ends.

But now the media and the public in general have a better grasp on that fact in light of the Ben Rhodes controversy. As such, it is time for us in the West to listen to those who have experienced the Iranian regime’s abuses firsthand and who could never find reasons to lie in order to make that regime look better than it is.

Nasser Sharif is president of the California Society for Democracy in Iran.