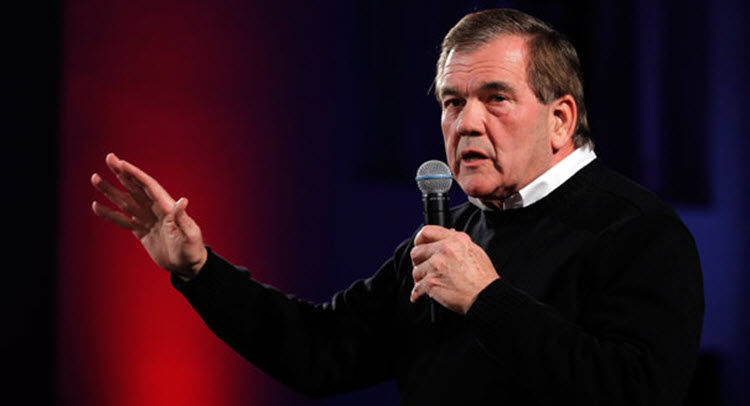 Tom Ridge, the first secretary of homeland security in the United States and former governor of Pennsylvania, wrote an article for The Philadelphia Inquirer in which he talks about the unfulfilled promises of the Iranian nuclear deal.He highlighted that last week Ali Khamenei, Iran’s Supreme Leader, accused the United States of failing to honour pledges in the Joint Comprehensive Plan of Action (JCPOA) mentioning the “futility of negotiations with the Americans”.

His words come just a few weeks after the first anniversary of the deal and Ridge describes it as a “war of words” and a reminder that the “good feelings” American negotiators promised has passed.

This does not come as a surprise to Ridge who says that intelligence reports have indicated that Iran continued with nuclear plans “right up to the brink of implementation of the deal”. He points out that most of Iran’s nuclear infrastructure is still in place.

Robert Joseph, former U.S. special envoy for nuclear non-proliferation, recently said that Iran’s behaviour is problematic. He warned that the JCPOA only obliged Iran to dismantle a few of its enrichment centrifuges – meaning that they remained in Iran, ready to be re-engaged at any time.

Ridge said: “The current state of the deal stands in stark contrast to the world community’s prior successes with other nuclear threshold states. Libyans, for instance, demonstrated a genuine and tangible commitment to abandoning the pursuit of nuclear weapons insofar as they fully opened up their country to impartial international inspections. Iran has come nowhere close to this.”

He added that the lack of transparent checks has caused a lot of disquiet with critics and supporters of the nuclear deal. The deal only specifies that surveillance will be carried out on known nuclear enrichment sites, so the undeclared sites and those unknown to foreign intelligence are safe for Iran to keep a secret.

Iran’s history in deception makes the worry even more real. The regime has managed to keep past nuclear efforts secret. In 2002 the Mujahedin-e Khalq (MEK) discovered key details about the country’s nuclear program. “If not for this intelligence breakthrough, the regime would likely already be armed with nuclear weapons.”

Regarding other concerning matters, Ridge said that the regime’s support for Syrian dictator Assad is “unwavering” and that thousands of Islamic Revolutionary Guard Corps members are now operating in Syria.

He said that Western policymakers should now realise that the regime is not going to reform. He said: “If history is any guide, Tehran will exploit every weakness in the nuclear agreement as part of its relentless effort to deceive its enemies. And, it will use the current environment of Western complacency to intensify regional adventurism and support for extremist thought.”

Those involved in the deal also believed that the regime would fix the domestic behaviour that has been terrorising the people of Iran for years. Yet nothing has happened on this front – political opponents and activists are still being arrested, imprisoned, executed and tortured more than ever. At least 2,600 prisoners have been executed during “moderate” Hassan Rouhani’s tenure.

He summarises that “the deal has led to no progress”. He said: “In return for modest, reversible concessions on the nuclear issue alone, the blood-drenched ayatollahs received sanctions relief from the United States and Europe to the tune of tens of billions of dollars, which has served, above all else, to further finance the Iranian regime’s illicit, inhumane, and destabilizing activities. If the regime decides to abandon the deal, it will emerge stronger than ever before, laughing in the face of the West’s foolish compliance.”

He calls on every “interested American” to urge the next American president to “chart a different, sensible course for American policy toward the fundamentalist regime in Iran”, pointing out that it should “reflect American values by identifying itself with the Iranian people and their cry for democracy and freedom”.