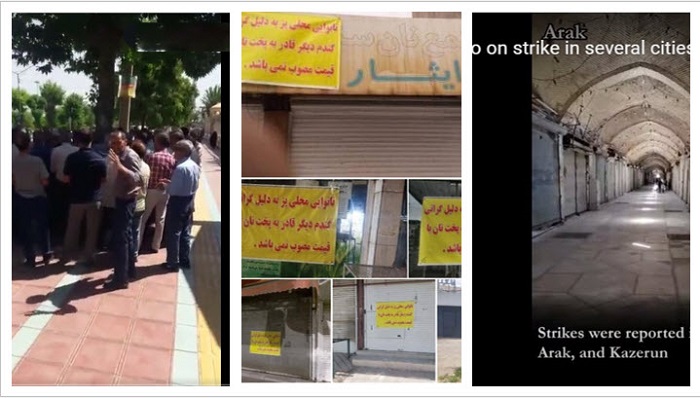 Signs on their shops stated that they are not able to bake bread at the official price due to the high price of wheat. Moinuddin Saeedi, a member of the regime’s parliament, acknowledged on June 17 that the Raisi government had earned more than $ 9 billion by cutting subsidies for basic goods to ordinary people, leading in turn to a sharp rise in the price of bread and basic goods.

Pensioners continued their nationwide protests for the tenth day in Ahvaz, Dorud, Shush, and Shushtar. They chanted “Death to Raisi”, “We shall fight to get our rights back”, “Deceitful government! Give us our rights back”, “Government has no budget, it is bilking us”, “And neither Gaza nor Lebanon, the oppressed are here.”

Pensioners of the nationwide banking network also staged a protest outside the Bank employees’ Pension Fund building in Vanak Square in Tehran to protest their low salaries.