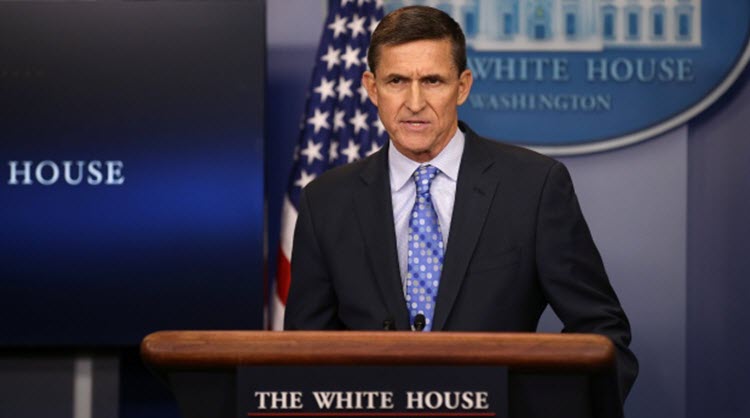 In his first White House press briefing, Trump’s national security adviser, Michael Flynn, said that Iran has become emboldened rather than grateful. With regards to consequences for Iran, he said: “As of today, we are officially putting Iran on notice.”

On Monday, Iran-allied Houthi militants attacked a Saudi naval vessel off the coast of Yemen. Flynn said that this and the test-firing was another example of “Iran’s destabilizing behavior across the Middle East”.

This statement shows that the new Trump administration is approaching Iran in a way that is very different to the Obama administration’s way.

It is unclear what will come of the threat from the Trump administration, but it seems like Trump may introduce more sanctions to curb such acts of defiance of the nuclear deal. However, some say that dealing with Iran aggressively will increase tensions in the region.

Officials refused to answer when asked about a military option, but Pentagon spokesman Christopher Sherwood said: “The U.S. military has not changed its posture in response to the Iranian test missile launch.”

Some analysts believe that Flynn’s statement could be seen by Iran as hot air seeing as nothing firm has been said.

It seems likely that the US administration will take aggressive diplomatic and economic measure though. Several unnamed senior officials said that Flynn’s message was a way to show that the US will no longer be “shy or reticent” when dealing with Iran.

One official said: “We are in the process of evaluating the strategic options and the framework for how we want to approach these issues. We do not want to be premature or rash or take any action that would foreclose options or unnecessarily contribute to a negative response. Our sincere hope is that the Iranians will heed this notice today and will change their behaviour.”

Although Iran has already fired numerous ballistic missiles in the past few years, this is the first one that has been done since Trump took office last month.

An expert at the Washington Institute for Near East Policy was concerned that Iran or the US could miscalculate the problem. Simon Henderson said: “The question now is will the Iranian logic be: ‘My goodness, this guy is serious, we’d better behave ourselves?’ Or do they say: ‘Why don’t we tweak him a bit more to see what he really means, maybe test him.’”