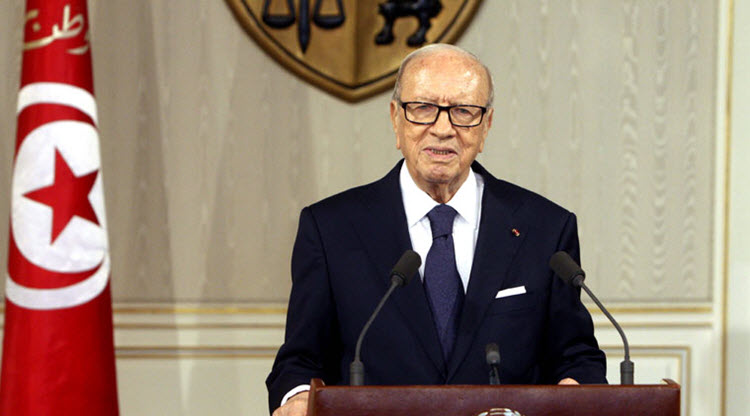 Regime’s official news agency had falsely quoted al-Sebsi as saying “Iran is supporting the Islamic world against the Zionist regime.”

Meanwhile, Tunisian presidential spokesman told his country’s official news agency “what the Iranian regime’s media have quoted the president as saying that Iran is a supporter of the Islamic world against the Zionist regime is not true.”

“In his meeting with the Iranian regime’s Minister of Culture and Guidance”, he added, “the president discussed the need for the Iranian regime to have a positive cooperation and improve its behavior in the region by deploying a dialogue, cooperative approach in order to peacefully resolve the conflicts in Syria and Yemen and to establish security and stability in the region.”

The state-run IRNA news agency had earlier falsely quoted the Tunisian president as saying in his meeting with the Iranian regime’s Minister of Culture and Guidance that “Iran is a supporter of the Islamic world against the Zionist regime”, adding “he expressed hope that all Arab and Islamic countries stand shoulder to shoulder with Iran in this confrontation.”

It’s noteworthy to point out that the Iranian regime’s media had also changed Mohammad Morsi’s remarks back in 2012. In his speech, Morsi denounced the measures taken by Assad in Syria. Regime’s agents, however, replaced Syria with Bahrain while translating Morsi’s speech.