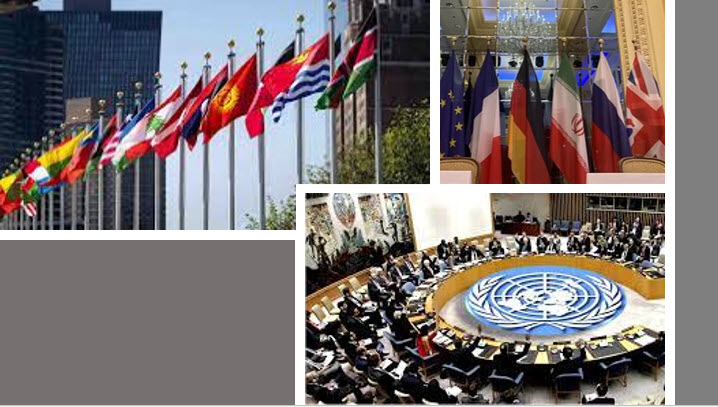 On Tuesday, the five permanent members of the United Nations Security Council published a joint statement highlighting their shared commitment to nuclear non-proliferation and emphasizing the importance of avoiding nuclear confrontations at all costs.

Iran came for negotiating with a new set of demands

After a brief break over the Christmas and New Year holidays, officials from the five-member states – the United States, the United Kingdom, France, Russia, and China – and their German counterparts resumed the eighth round of negotiations with the Iranian regime in an attempt to restore the 2015 Iran nuclear deal. Iran came to the negotiating table with a new set of demands, including immediate sanctions relief with no strings attached.

During the seventh round, every one of the Western partners in those negotiations declared that Iran was moving away from past commitments, and even Russia and China were taken aback. The UNSC declaration demonstrates the member nations’ unanimity in their efforts to thwart the regime’s nuclear ambitions. “For as long as they exist, [nuclear weapons]

should serve defensive reasons, dissuade aggression, and avoid war,” according to an excerpt from the declaration. We are convinced that future spread of such weapons must be avoided.”

Iranian appear to have sabotaged the talk

While “the diplomatic door is open,” Boris Johnson, the British Prime Minister, stated on Tuesday that “time is running out to find an agreement.”Iranian authorities appear to have sabotaged the talks by launching a satellite into space, ostensibly to warn its opponents about Tehran’s missile capabilities. The operation’s purpose was to send three objects into Earth’s orbit, but it was a complete failure.

The attempt, on the other hand, has demonstrated how far the regime has progressed in developing ballistic missiles. Since 2016, there have been a total of six launches, with only one of them succeeding. Since 2020, the Iranian dictatorship has been trying to mass-produce uranium metal, a substance with no other purpose than to be utilized as a component of nuclear bombs. They’ve also used modern centrifuges to enrich part of that material, entirely circumventing the restrictions of the nuclear accord.

The UN Security Council resolution governing the agreement does “call upon” Iran to refrain from developing weapons “designed to be capable” of carrying a nuclear warhead, but Iran has taken advantage of the ambiguity of this language to carry out activities that the Western signatories regard as violations.

Iran’s negotiators have convinced themselves that their tough stance is successful during the present discussions. The Foreign Ministry’s spokeswoman, Saeed Khatibzadeh, said that Western countries “understood the necessity to renounce their own “maximalist” attitudes,” while the primary negotiator, Ali Bagheri Kani, disputed that the negotiations were centered on the regime’s compliance.

Western officials, on the other hand, have already stated that if Iran does not ‘alter its position and negotiate in good faith,’ they are prepared to withdraw completely from the talks. Despite Russia and China’s long-standing alliance with Iran, the UNSC declaration indicates that all member states support this strategy.

It remains to be seen not only if those states will keep their promises, but also whether Western countries will take strong steps like expanding sanctions or perhaps military action to prevent Iran from reducing its breakout window much further.

European officials are concerned about Iran’s uranium enrichment program while negotiations continue in Vienna Negotiators from UK, France, and Germany warned that 60% enrichment is “unprecedented for a state without nuclear weapons”