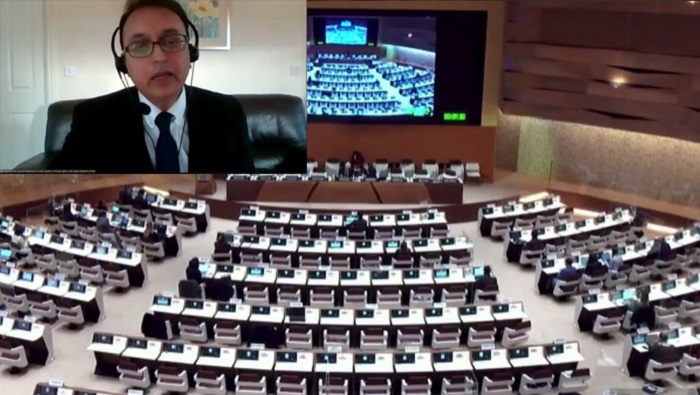 As part of its 49th session, the United Nations Human Rights Council undertook its annual evaluation of the human rights situation in Iran on March 17. During the session, UN Special Rapporteur on the Situation of Human Rights in Iran, Javaid Rehman, voiced grave concern over ongoing human rights violations in Iran and emphasized the need for accountability for crimes committed by regime authorities.

Rehman claimed that the death sentence is used more frequently in Iran in 2021, with at least 280 executions, including 10 women and two minors. According to Rehman, many of them executed belonged to the Baluch and Kurdish minorities.

“The death sentence continued to be imposed for a wide range of acts, including against individuals who have participated in protests,” Rehman warned. Rehman advocated for the abolition of the death sentence in Iran, particularly for the execution of minors.

Rehman emphasized to the Council how Iran’s regime’s inadequate justice system precludes accountability for human rights breaches. “I asked Iranian authorities to implement fundamental reforms in accordance with international law, including constitutional, legislative, and administrative reforms to ensure the separation of powers, independence of the judiciary, political pluralism, and democratic participation in governance and decision-making,” he said.

Rehman also encouraged the Council to play a more active role in holding Iran accountable for human rights violations, particularly the 1988 mass executions of political prisoners and the 2019 killings of Iranian demonstrators.

Rehman emphasized that any dialogue with the Iranian leadership must also address the country’s human rights situation. This last argument is particularly significant in light of ongoing discussions over the Iranian regime’s nuclear program, which have placed a black cloud over the regime’s human rights violations.

“The legal structure, which includes the judiciary’s lack of independence as well as barriers to democratic decision-making, combined with the fact that many perpetrators of serious violations remain in positions of power, means that people have no realistic chance of achieving justice,” Rehman said. “The international community, including the Human Rights Council and individual Member States, must support calls for accountability in Iran and work to improve the country’s human rights situation.”