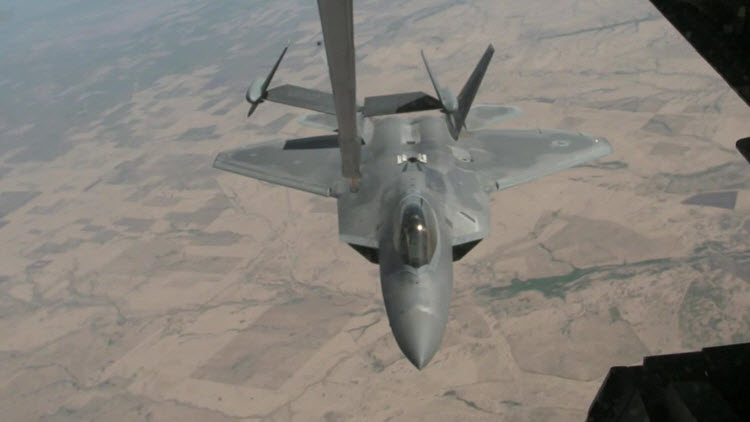 For the second time since the Syrian civil war started, a US-led coalition against ISIS has targeted Iranian proxies in Syria. Reports suggest that it was not Syrian army soldiers that were targeted, but international Shia militiamen.

The American warplanes targeted a convoy of regime vehicles that were en route to a military base on the Syria / Jordanian border called al-Tanf.

The military base is occupied by British and US Special Forces that are advising the Commandos of the Revolution – an anti-ISIS rebel group that is known as Maghawir al-Thawra.

There is a “de-confliction zone” that Moscow has been made aware of and has been advised to stay away from. More than a dozen of the vehicles entered this zone.

The American warplanes gathered as a “show of force”, but when the vehicle continued in the same direction just kilometres away from the base, a US aircraft finally hit them.

Just a few days ago, two senior Iranian officials were sanctioned by the US Treasury Department. In a statement, the department said that one of the individuals was supporting Syria and facilitating the sale of explosives. The other Iranian official was a director of the entity that is in charge of the solid-fuelled ballistic missile program in Iran.

The Trump administration has expressed the need to contain Iran. The expansionist ambitions of the Iranian regime are growing. It is sending astronomical amounts of money abroad to fund wars and terrorism.

Earlier in the week, a state-run news agency said that the Lebanese Hezbollah, a prominent IRGC proxy, has sent more than a thousand fighters into 12 different regimes to face US-backed militants in Southern Syria at the al-Tanf border crossing.

Iran plans to build a land bridge or create a ground corridor from the Iranian capital to the Mediterranean coastline, so this area is crucial to Iran. Without this, the plans cannot go ahead.

The route was originally supposed to go through northern Syria, but the plans changed due to the increasing US presence there. The US presence is to fight ISIS, but Iran is hampering these efforts. It has got to the stage now where Iran has been accused of “harassing” the US forces and allies.

The US is expected to continue to scrutinise Iran in efforts to contain its nefarious actions. President Trump and senior officials of the regime have expressed their contempt regarding the previous administration’s failure to address issues that should have been dealt with.