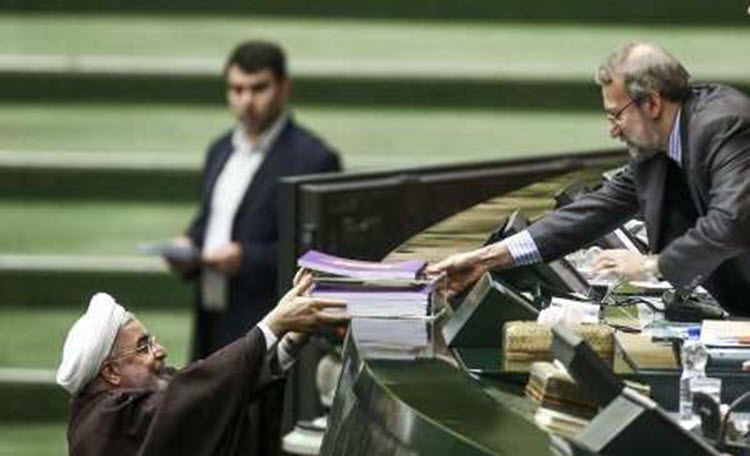 The National Council of Resistance of Iran (NCRI) has reported that a board member of the regime’s Majlis (parliament), Akbar Ranjbar Zadeh, has threatened to recommence nuclear activities now that the United States is renewing sanctions against Iran.

He told a state-run news agency that the renewal of sanctions was a breach of the Iran nuclear deal and a violation of international law. He said: “Codification of 3 urgency plan to resume nuclear activities is due to the urgency in dealing with the United States’ action. The parliament’s Article 160 states that two urgency plan(s) is put forward with the need (in order) to avoid damage, whereas the damage is now inflicted on the country and we want to put forward this vital project as 3 urgency plan which means emergency debate has come forward following the damage so that we (should) move in a path to do principled and fundamental action proportionate to Americans’ open action particularly the Senate’s adopted bill.”

He added that the United States seeks to “deprive us of all our nuclear achievements” and said that it is the United States and its Congress that has violated international laws. “We condition the plan to quick start in our work in order to have comprehensive and integrated action regarding resumption of nuclear activities and announce to the world continually by diplomacy and the media day and night that the Unites States was the starter of illegal action and we have no choice but to confront.”

The NCRI also reported that tension is building in the regime’s parliament. On Sunday 4th December, President Hassan Rouhani spoke at the parliament but was met with MPs protesting and storming out. The speaker, Ali Larijanim, made numerous attempts to silence the MPs while Rouhani tried to speak about the foreign achievements of the administration.

Regarding the extension of sanctions by the U.S., Rouhani said: “If the U.S. Senate’s approved bill, is implemented, it would be a gross violation of JCPOA which will be confronted with our firm response, we also consider signing the Senate bill by the U.S. President contrary to America’s commitments, they will face our appropriate reaction and at this week’s meeting of the Supervisory Board of JCPOA enforcement, we will adopt necessary decisions.”

Reports indicate that while Rouhani was in parliament, several thousand retired education and cultural employees protested in front of the building. Also protesting were people whose assets were looted by Saaman al-Hojaj financial and credit institution.

The NCRI say that retired educators held placards which read: “We demand the retirement wages of Education staff be synchronized with (pension of) other ministries” and “Poverty line $900, retirees’ (pensioners’) wages $300.”