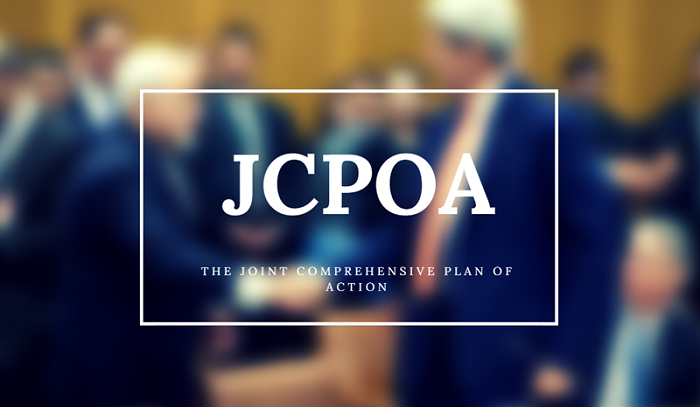 The video’s release came two days after representatives from the International Atomic Energy Agency (IAEA) left Iran following meetings to discuss issues preventing the 2015 deal from being revived. Meanwhile, these and other issues were discussed among regional and Western powers at a conference in Jordan co-hosted by France and Iraq.

The talks are technically still ongoing, though there have been no new meetings since the summer. The prospect of such meetings became even more remote in September when anti-regime protests broke out across Iran following the death of Mahsa Amini at the hands of the “morality police” in Tehran.

This sentiment has been reaffirmed in a number of venues over the last three months, including a conference held last Saturday in Washington by the Organization of Iranian American Communities. Several US officials and lawmakers spoke at the event, including former Secretary of State Mike Pompeo and Iranian opposition President-elect Maryam Rajavi of the National Council of Resistance of Iran (NCRI).

As evidenced by the differences between administrations, the precise posture of the US government toward the Iranian regime has ebbed and flowed. Negotiations to resurrect the JCPOA have run counter to the Iranian people’s desire to isolate the regime.

Meetings between the mullahs’ Foreign Minister Hossein Amir-Abdollahian and EU foreign policy chief Josep Borrell were acknowledged by Iranian state media, but reports generally stated that the discussions were “frank, friendly, and constructive.” They made no mention of whether the two sides had moved any closer to an agreement, let alone whether Amir-Abdollahian had expressed a willingness to back down from prior Iranian negotiating positions that the US and its European allies had all dismissed as non-starters.

When IAEA representatives left Iran on Monday, regime officials stated that the previous discussions had been solely focused on resolving “safeguards” issues in order to return to mutual compliance with the JCPOA. This appears unlikely, given that the nuclear agency’s head, Rafael Grossi, had just days earlier made public statements reaffirming his commitment to obtaining credible and complete answers from Tehran regarding unexplained traces of nuclear material at three undeclared sites.

Iran’s dubious account of the IAEA visit calls into question the seriousness of its “positive signals” to Western adversaries. Its Director General, Mohammad Eslami, boasted on Saturday that Iran’s uranium enrichment capacity had “more than doubled,” implying that negotiations had failed.

Tehran’s behavior this week demonstrated the regime’s commitment to provocative actions. Now, Iran’s democratic revolution poses an existential threat to the ruling theocracy, and the mullahs are fully aware of their bleak future. The time has come for Western powers to use their means, including the JCPOA’s snap-back mechanism, to reinstate the six UN Security Council resolutions and punish the Iranian regime for its warmongering policies.