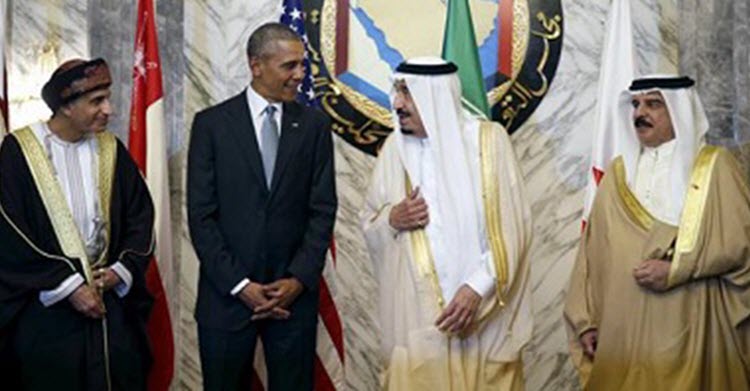 The six-nation Gulf Cooperation Council (GCC) and the United States said on Thursday that Iran’s destabilizing actions in the Gulf region, including its ballistic missile program and support for terrorist groups such as Hezbollah and extremist proxies in Syria, Yemen and Lebanon are a cause for concern. They warned that vigilance is required.

Convening for the 2nd GCC-US summit, the GCC leaders and U.S. President Barack Obama pledged their continued support for the Joint Comprehensive Plan of Action on Iran which they acknowledge has successfully, so far, put a stop to Iran’s attempts at developing nuclear weapons.

They agreed to “increase cooperation on all fronts to resolve regional conflicts, intensify information sharing on Iran, boost marine security cooperation and implement an integrated ballistic missile defense and early warning system”, according to an article on the Arab News website.