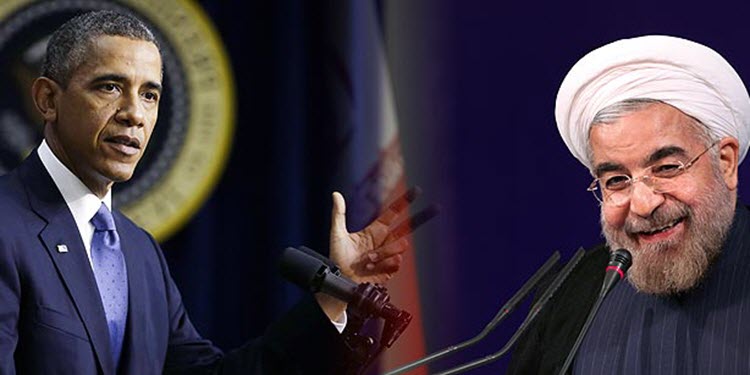 The Obama administration dealt with the Iranian regime leniently, to say the least. President Obama and Secretary of State John Kerry provided concession after concession to Iran to the point that even supporters of the Iran nuclear deal were concerned.

Large sums of cash were sent to Iran in return for the release of Americans held there. Kerry was in favour of letting the Iranian regime access the US banking system. A top diplomat tried to persuade US businesses to start dealing with Iran. The Iranian regime must have laughed at the passivity of the Obama administration.

On top of this, the Obama administration permitted, by failing to address it, Iran’s missile testing. It also failed to address the horrific human rights abuses carried out every day in the country and the regime’s support for terrorism. The regime was also left to continue its brutal involvement in Syria.

Because the Iranian regime did not have to be accountable for its actions or face any consequences, it became bolder and bolder.

With missile testing that the former United Nations chief Ban Ki-moon said were “not consistent” with the spirit of the Iran nuclear deal, the Obama administration remained silent. It remained silent once again when the United Nations also announced that Iran “may have violated an arms embargo by supplying weapons and missiles to Lebanese Shi’ite group Hezbollah”.

The Trump administration is expected to deal with Iran in a more forceful way. So far, so good. Congress quickly acted by extending current sanctions laws.

The Obama administration quietly let the Iranian regime continue with its murderous rampage in Syria. But the Trump administration has identified that Iran is the biggest threat to peace – not just in Syria, but in the whole region. Many of the officials in Trumps administration are critical of the nuclear deal and will support Trump’s attempts to stop the regime in its tracks.

Earlier this month, almost two dozen former US government officials sent a letter to Trump urging him to work with the Iranian opposition. They said: “To restore American influence and credibility in the world, the United States needs a revised policy… Along with these policy adjustments, we repeat the call for the U.S. Government to establish a dialogue with Iran’s exiled resistance, the National Council of Resistance of Iran (NCRI).”

The NCRI is supported by Iranians at home and abroad. The group is striving for a non-nuclear and democratic Iran where the people are free from human rights abuses. Political leaders from all over the world support the NCRI and have recognised it as essential to future foreign policy decisions.