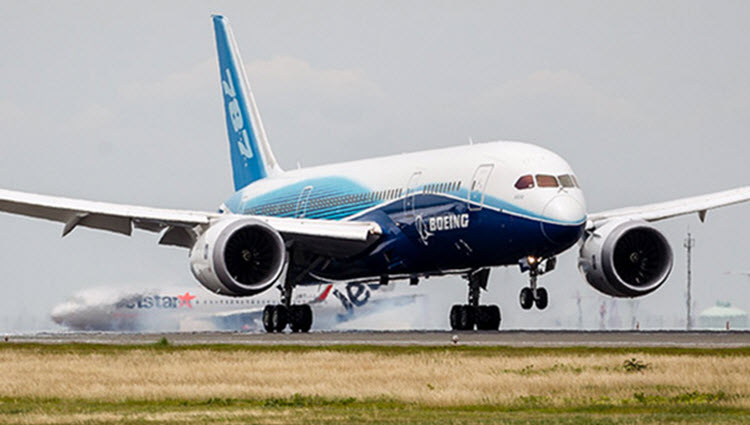 Ira¬nian airlines are reportedly supplying arms and equipment to President Bashar Assad’s military and its Iranian allies, such as Lebanon’s Hezbollah, Shia mi¬litias in Iraq, and Houthi rebels in Yemen. This may trigger a crackdown by US officials that will focus on the air bridge between Iran and Syria.

Since the Syrian war began in March 2011, Hezbollah and the Shia militias have played a large part in keep¬ing Assad in power. Assad’s armed forces and the mili¬tias would have a hard time surviving without the airlifts.

On April 7, US President Donald Trump unleashed Tomahawk missiles that destroyed “one-fifth of the Syrian Air Force’s operational aircraft,” a claim has not been sub-stantiated, and the US operation does not seem to have amounted to a dev¬astating blow.

However, Emanuele Ottolenghi, an Iran expert with the Washington-based Foundation for Defence of Democracies, said in an article for The Hill, that the missile strikes “helped re¬store America’s credibility in the region after years of retreat. But if the president wants to really hurt Assad, he should push back against Iran, the strongman’s chief protector.” Ottolenghi added, “Disrupt¬ing Iran’s airlifts to Syria by re-sanctioning its civil aviation sector would be a good place to start.”

US sanctions imposed on Iran included Iran’s badly debilitated aviation sector. The aviation restrictions that were lifted under the July 2015 nuclear agree¬ment between the Islamic Republic and US-led global powers had a proviso that airline services be re¬stricted to “commercial passenger aviation.”

Still, Ottolenghi and other West¬ern analysts insist that the re¬gime and its Islamic Revolutionary Guards Corps (IRGC) have continued to airlift troops and weapons to Syria cov¬ertly, and have intensified these opera¬tions in recent months, as well. Ottolenghi stated that by Western count, there are at least five Iranian and two Syrian airlines involved in “regular mili¬tary airlifts to Syria.”The Iranian companies were identified as Iran Air, the Islamic Republic’s national carrier; Mahan Air, the country’s second largest airline, which is operated by ex-IRGC officers; Saha Air, linked to the Iranian Air Force, and Qeshm Fars Air and Pouya Air, which are considered to be con¬trolled by the IRGC, and the Syrian carriers are said to be Syrian Air, the national carrier, and Cham Wings, a private airline that flies be¬tween Damascus and Tehran.

According to Farzin Na¬dimi, an Arabian Gulf security ana¬lyst with the Washington Institute for Near East Policy, all these airlines have been fly¬ing Iranian arms to Syria, mostly through Iraqi airspace, since 2011.

Allegedly, the majority of private Iranian airlines are linked to the IRGC. In fact, US intelligence officials call Mahan “Quds Air” after the elite al-Quds Force, the corps’ special operations wing.

With the easing of economic sanc¬tions on the Islamic Republic, Iran has been seeking new aircraft to boost their airlift capacity.

A $16.6 billion deal with Boeing to buy 80 aircraft in December 2016 was finalized by Iran Air, and later a $25 billion agreement to buy 118 jet¬liners from Airbus was signed.

On April 5, the Trump administration said it was beginning a review of Boeing’s sale of aircraft to Iran, citing the covert military air¬lifts. If sanctions against Iran are re¬imposed, the Boeing and Airbus deals could be nullified.

In early April Boeing announced a $3 billion deal to sell thirty B737 aircraft to Iran Aseman Airlines, a state-owned en¬terprise and the third largest airline in Iran. The Aseman sale, allowed under the 2015 agreement may founder, as Ase¬man’s chief executive is Hossein Al¬aei, a veteran IRGC commander, who is still closely tied to the corps. During the Tank¬er War in the Gulf when US-owned ships were targeted, he was chief of the IRGC’s naval wing.

A $536 million Iran Air deal with European aircraft mak¬er ATR based in Toulouse, France could also be in jeopardy.